‘I think most great songs are waiting around to be written’ 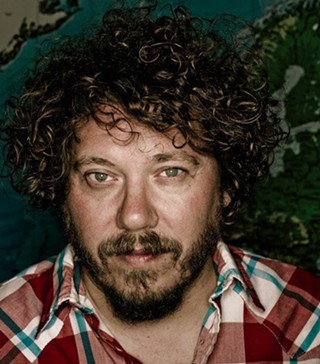 When I spoke with Bobby Bare Jr. last week, he was preparing his Nashville CD release show. The one where his father, a country music legend, was the opening act. Junior celebrates Undefeated, his eighth LP, at the Continental Club on Friday with Ramsey Midwood in that slot.

Geezerville: I interviewed your father not long after the release of his last album, Darker Than Light, and he was in great spirits.

Bobby Bare Jr.: He likes being Bobby Bare. He really does. And he’s good at it. Better than anybody I know.

G: That disc was just so cool. Who knew he could still make albums like that? I guess that was the part I was excited about.

BBJ: When he gets in the studio, he gets excited. He’s really good in the studio too. He was a producer and enjoyed being there. Buddy Miller was in his band along with some other great players and he had a blast.

G: You recently said about songwriting, “The songs find me, I don’t find the songs.” Are you not taking credit for writing the songs?

BBJ: I think most great songs are waiting around to be written. Like the song “My Baby Took My Baby Away.” That was just sitting there for a long time. If I didn’t jump on it, somebody else may have in five or 10 years or whatever. I do think I have a talent for recognizing, “Okay, that might be a good idea.” A lot of the good ideas are just waiting to be stumbled upon. The craft comes in with what you do next with it.

G: You have such a way with words. Is it a thrill when you stumble upon something clever?

BBJ: Yeah, it’s fun to be clever. I just wrote something for American Songwriter about Todd Snider. For him, the clever part of songwriting, that’s the easy part. That’s the natural part of his talent. But what makes him better than everybody else is how hard he works at the craft of those clever ideas. That’s what great songwriters do. They work hard on what they stumble upon.

G: Do you work hard on songs?

BBJ: Yeah, I overwrite. I have tons of extra lyrics that I edit out. That “Rock & Roll Halloween Song” has like three pages.

G: You knew Shel Silverstein. What did you learn from him in terms of songwritng?

BBJ: To take the idea as far as it can go. Then really push it over the edge and do something that most songwriters would cross out. I take a crazy idea and go with it. I know most songwriters aren’t comfortable with that, but that’s the only things that stick out – the courage to push an idea further than anybody else would.

G: You definitely put into words things that other people might not.

BBJ: It’s like being a stripper. Nobody wants to see a stripper that isn’t going to show you the ugly parts. You have to show parts of you that others might not want to see and lot of people don’t have the courage to let the scary parts show.

G: This is album number eight for you. Did you ever think you’d get this far?

G: Is there something else that you could do?

G: I once asked Guy Clark if he was ready to retire. He said, “Retired singer-songwriter, now there’s an oxymoron.”

BBJ: It’s like what Johnny Cash said to that question: “What am I gonna do, stop being Johhny Cash?”