Hip-hop tops the two weekends with ladies close behind

Tickets hit the streets at 10am, and the curtain’s now up. Festival czars C3 Presents revealed the line-up for the 2014 Austin City Limits Music Festival this morning, Oct. 3-5 and 10-12. Grab your nearest fine tooth comb.

Unprecedented for the 13-year-old festival are a pair of hip-hop acts at the topmost type of this year’s 130-act bill. It was a forgone conclusion given their 40-festival assault on U.S. soil this summer that reunited Atlanta kingpins Outkast would be here, but Eminem – headlining C3’s sister festival Lollapalooza in August – constitutes a genuine coup. Double platinum sales for September’s Marshall Mathers LP 2 proves he’s still got the public eyes and ears, and now he joins Kanye West in 2011 as ACL’s biggest rapper. 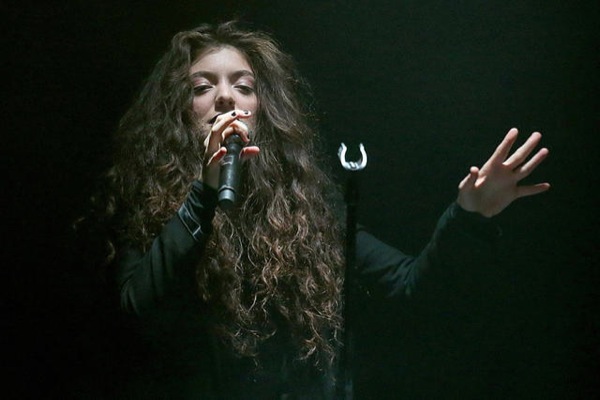 C3 Presents put on Lorde at the Austin Music Hall just prior to SXSW, 3.3.14. (Photo by Gary Miller)

Also high up on C3’s press release today, and rightfully so, are women: Lorde, the Kiwi teen whose “Royals” spent the past eight months as the most omnipresent song on the planet. She’s coming for week two only, but Lana Del Rey shares the same altitudes on the marquee and plays both weekends. Female-fronted populists Cults, Phantogram, KUTX-anointed “SXSW winners” Lucius, and Lake Street Dive, just in town for Old Settler’s Music Festival, join SXSWers St. Vincent, and Chilean rapper Ana Tijoux. And the chorus: Iggy Azalea, Nikki Lane, Jenny Lewis, and Tune-Yards, who drops third LP Nikki Nack on May 6.

Count Tijoux in with a hip-hop gathering that, along with the inclusion of Eminem and Outkast, might have a chance at outdrawing Kendrick Lamar last year. Note Childish Gambino, who made his ACL debut in 2012, as well as Riders Against the Storm, last month’s Austin Music Awards winner for Band of the Year. Riders post amongst another key subgenre of the festival, locals.

This year, they scale down slightly in sheer mass, but the grouping casts an even wider net. Whereas last year’s lineup included local scenesters Not in the Face, Whiskey Shivers, Sons of Fathers, and Dana Falconberry, this year’s cull ventures deeper into the Austin music scene. Nightowls, Penny & Sparrow, Dawn & Hawkes, and Sphynx split time with Mike & the Moonpies, Hard Proof, ex-pat Arum Rae, and Wood & Wire.

Spoon, also due a new album before the festival, crowns the ATX acts, but Spanish Gold, Grupo Fantasma founder Adrian Quesada’s new joint with former Hacienda guitarist Dante Schwebel and My Morning Jacket Drummer Patrick Hallahan, will be worth a looksee. Elizabeth McQueen, who left ACL mainstays Asleep at the Wheel over the winter, returns for both weeks, while her old boss trots side project Ray Benson & MilkDrive out in the Wheel’s place for week two.

Need more? More: Austin favorite Trombone Shorty & Orleans Avenue, reggae legend and SXSW 2012 highlight Jimmy Cliff, and EDM gawd Skrillex, whose 2011 set proved so loud that nearby folky Gillian Welch had to stop hers short. The Replacements’ inclusion leaked a few months ago, but less well known is the fact that Paul Westerberg and the boys were high on Fun Fun Fun Fest’s wish list last year, and had an invitation from Austin City Limits around the same time. Might they step over to ACL Live at the Moody Theater for a taping in October? “Can’t Hardly Wait.”

The only thing missing is a veteran hit-maker for the grey hairs, a la past ACL Fest headliners Lionel Richie or Stevie Wonder. No – not Pearl Jam. These days that slot might go to Beck. You hear that one about the two turntables and a microphone?