Yo La Tengo soundtracks homage to the noted futurist

Sam Green’s “live documentary” Thursday at the Stateside Theater on 20th Century architect, theorist, inventor, and all around visionary R. Buckminster Fuller proved more of a multimedia presentation with Yo La Tengo providing a live soundtrack than an actual film for this co-presentation by The Contemporary Austin and Fusebox Festival. 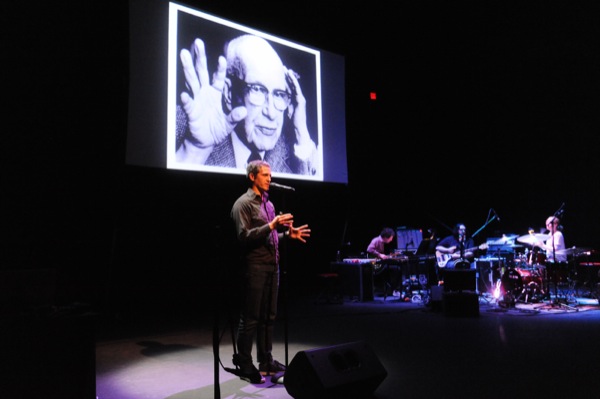 ‘The Love Song of R. Buckminster Fuller’ director Sam Green (left) and Yo La Tengo at the Stateside Theater, 4.17.14 (Photo by John Anderson)

Nevertheless, the endeavor’s fascinating subject was the star, the hour-long overview touching on all the highs and lows of his life (1895-1983) with good humor. It left the sold-out house with a handful of ‘what ifs’ and brought to the forefront how Fuller’s most important question, “How do we do more with less?,” remains relevant today.

The S.F./NYC filmmaker injected an Austin touch to the show, including in his images one of Fuller’s models in the LBJ Library and talking about the interaction between “Bucky” and President Lyndon Johnson in the swinging Sixties. Green also related an interaction he had with a local when discussing the one thing Fuller remains best known for: “The dome.”

The Geodesic Dome wasn’t his greatest creation though. Green points out that Stanford University holds the Fuller archive, the Dymaxion Chronofile, documentation of every day he lived from 1920 until 1983. It’s an unparalleled resource Green used for a variety of photographs, film, and video clips. 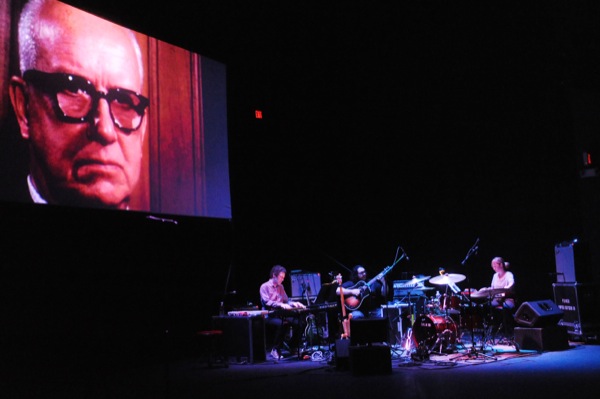 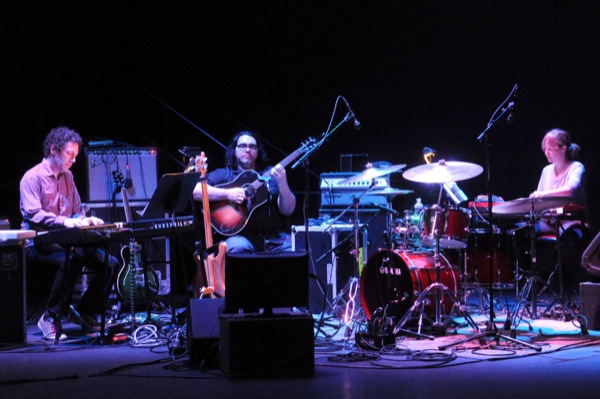 Yo La Tengo provided musical backing that was unobtrusive, yet appropriate to the subject. It shifted from childlike whimsy to floating space rock to a type of jazz fusion that was heavy and electric with the type of technical brilliance they’re noted for.

Other than Fuller’s speech being indecipherable in parts of the film, which could’ve been the sound system, his manner of speaking, or my ears, The Love Song of R. Buckminster Fuller showcased the Fusebox Festival in the best possible light. It’s the perfect project for the fest’s goal of highlighting unexpected creative partnerships that spur new conversations.