Chaos in Tejas Returns with A Weekend in Austin

Underground music fans rejoiced on Wednesday when Chaos in Tejas founder Timmy Hefner posted one of the festival’s trademark flyers to his Facebook page along with the message, “Wouldn’t be the last weekend in May in Austin without some friends in town.” Chaos restored? Nope. 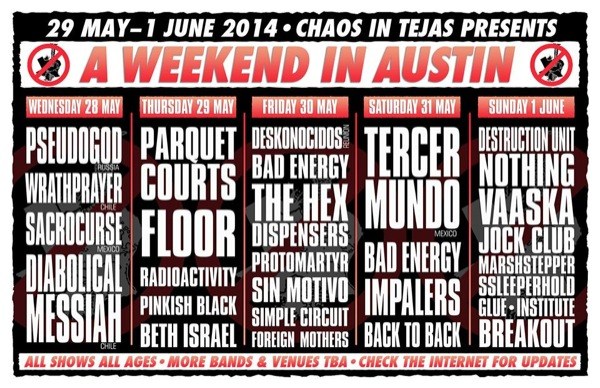 Hefner killed off his notorious punk fest in January, citing an inability to top what he’d achieved in recent years.

“I feel like I’m running out of cool, unique things that I’m really excited about,” he told the Chronicle.

“Barely a fest,” Hefner joked in a conversation yesterday. While last year’s Chaos in Tejas hosted over 120 acts, A Weekend in Austin features just 29.

“It just kind of worked out that some rad bands were coming through on the weekend that would have been Chaos to the point where I felt like it was meant to be and invited a couple more bands and called it a day,” he explained. “I really didn’t try to plan a fest.”

Even with modest intent, Hefner’s booking fingerprint remains evident with plenty of punk, metal, noise, experimental, and indie. And just as CiT boasted first U.S. or Texas performances (Bastard, Framtid, Antisect), A Weekend in Austin hosts Psuedogod and Chile’s Wrathprayer, both on their inaugural American tours.

“Those are really exciting for me,” Hefner enthused. “Been big fans of both for a while. Wrathprayer was supposed to do Chaos last year, but had to cancel. I’ve never booked a Russian or Chilean band to player here before.”

There’s also a notable contingent of Latino punk on the weekend’s lineup, including locals Vaaska and a reunited Deskonocidos along with the first Austin show for Monterrey’s Tercer Mundo, whom Hefner is especially psyched about.

In our conversation Thursday, Hefner divulged the breakdown of venues for the fest: Wednesday, Thursday, and Friday’s events will be at Red 7, Saturday’s show at Hotel Vegas, and on Sunday there’s a day show at Cheer up Charlie’s and night shows both at Red 7 and the North Door.

Tickets are now available on Red 7’s website for the Wednesday, Thursday, and Friday shows, ranging $11 to $13. Tickets for Sunday’s late show at the North Door with Jock Club, Marshstepper, and Ssleeperhold are available on Ticketfly.com. 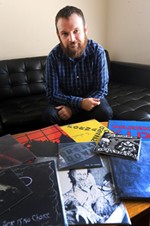 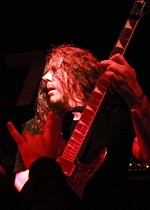