‘People are isolated from each other by technology’ Folk lovers around the globe received sorry, start-of-the-week news when the San Antonio Express-News reported that Rod Kennedy, founder of the Kerrville Folk Festival, passed away this morning in Kerrville. He was 84.

Kennedy, who’d been hobbled by health issues for several years and spent the past week under hospice care, passed away due to natural causes according to KFF producer Dalis Allen. She told the daily’s longtime music critic (and Krayolas frontman) Hector Saldana that Kennedy died “surrounded by love and music.” Also in attendance was Peter Yarrow of Peter, Paul & Mary, an originating supporter of the festival who once told the Chronicle that his “finding a language of mutual giving and recognition” was unique to KFF.

Much of that charitablity came via the spirit and behest of Kennedy, who arrived in Austin after a childhood spent in Buffalo, NY., plus brief stints in Albany and Boston, and time served in Korea with the Marines. He founded the festival in 1972, working through a series of disputes with locals.

“To the uninitiated, the word ‘festival’ means rock, pot, bottle-throwing, filth. Which is something we’re campaigning against,” he confided to The Improbable Rise of Redneck Rock writer Jan Reid in 2004.

Eventually, KFF came to host an annual spring gathering of more than 30,000 pickers, singers, and listeners. In the process, he helped launch the storied careers of the Flatlanders (1972), Lucinda Williams (’74), Steve Earle (’78), Shawn Colvin (’88), Ani DiFranco (’94), and the Dixie Chicks (1995). Prior to Kerrville, Kennedy helped found the Longhorn Jazz Festival, which just last weekend hosted saxophonist Joshua Redman and the UT Jazz Orchestra, as well as the Texas Association of FM Broadcasters.

In 1958, while a student at the UT, he raised funds for what eventually became KUT. He served as vice-president of KHFI (1965-1967), and as director of the Austin Symphony Orchestra (1958-1971), Austin Ballet Society (1960-1963), and Austin Civic Theater (1959-1971). He served one-year stints as president of both the Austin Advertising Club and Austin Aqua Festival (1966). He also managed to find time for auto racing at some point between each aforementioned endeavor, winning three straight amateur Sport Car Club of America National Championships in the late Sixties.

His enduring passion remained in Kerrville, where he managed to grow his tiny festival into one of the behemoths of the industry, an annual 18-day event that predates most modern music festivals. He teased his exit a number of times over the latter years, first telling the Chronicle he sold its home, the Quiet Valley Ranch, in 1998 “because I’m 68 and I’ve been doing this for 27 years,” but didn’t split for good until 2002, three years after selling the brand and ranch to Vaughn Hafner.

“My feeling is that, as far as the art form of the American songwriter, this is one of the important things: to civilize and re-humanize America one song at a time by sharing the frustrations, hopes, stories, and feelings that are not being shared,” he told the Chronicle’s chief folky Jim Caligiuri around the time he stepped away. “People are isolated from each other by technology. I can’t imagine a greater lifestyle than the one I have right now.” 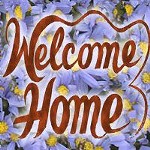