Soundtrack Series’ Sunshine of Your Love 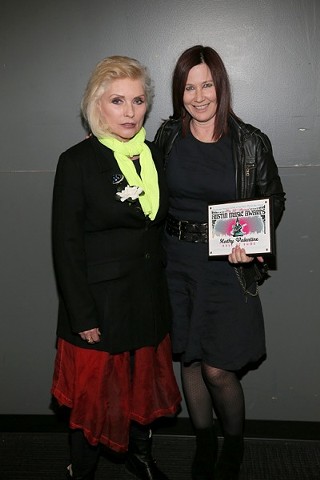 Sometimes you don’t even need to hear the melody of a song for it to take you back to the first place you heard it. A quick scan of the set-list at this weekend’s third, semi-annual Soundtrack Series at the Long Center brought the flashbacks.

There’s my babysitter, the hippie who went to Oberlin, singing Whitney Houston in her hatchback Subaru. And that clunky black TV in the basement of my buddy’s parents’ house, the one on which we watched Axl Rose and Slash rip through “Sweet Child of Mine” via a Live in Tokyo bootleg VHS one of the first times we got drunk. A few years before that, though the memory’s a bit foggy, I recall my cousin in Pennsylvania singing “Grease” by Franki Valli.

More vividly – forever branding my memory – there’s the Manhattan street performer who played out a 30-minute routine to Queen.

“Since I’m a mom now, I’m getting to see firsthand the impact that music has when you were a kid,” says Valentine. “My daughter’s 11, and I think there’s a point in a kid’s life when it shifts. On one end, you’re singing along and you like the song, but there’s a certain age, around puberty, when the music becomes a soundtrack.”

She chosen to talk about Cream’s 1967 monster classic “Sunshine of Your Life,” because it “really hits” that transitional phase in her own life: “I heard it at a time when there were a lot of changes going on in my body, my hormones, and my perception of how I look at myself.”

The song that makes me think of Kathy Valentine remains “Can’t Stop the World,” that shimmering, hook-heavy closing track on the Go-Go’s beloved debut, but the 55-year-old says the author of a song can never share that same sort of feeling.

“From the time it’s recorded to the time you hear it on the radio, it can be a bit of a time lapse,” she explains. “To hear a song that you’d hear on the radio, and you’ve heard it as long as two years ago, I don’t see how it could associate with the time you’re hearing it.”

Memory lane’s track list for 8pm shows both Friday and Saturday are as follows:

Dana Rossi, “I Wanna Dance with Somebody” (Whitney Houston)

Soundtrack Series Returns This Weekend
What song got your dominoes falling?