Greyhounds Get on the Grid 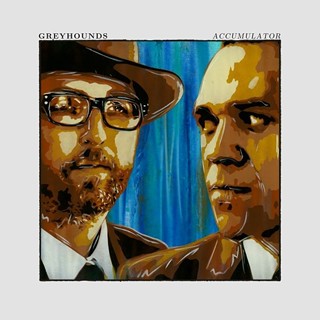 August 2007, exactly one week into my new life as an Austin resident, I cruised south of the Colorado to the Continental Club. When I arrived, the red-walled blues venue had already reached capacity.

My memory’s about as hazy as the club was, but as I recall, it was just after 11pm on a Wednesday. With no understanding whatsoever of how things work in this city, I found myself two doors down, looking up at a skinny set of stairs. Flowing down that staircase were the sounds of a funky, loose-lipped trio grooving to New Orleans’ great Allen Toussaint’s “On Your Way Down.”

Some 40 fans packed into the thin slab of upstairs. They danced, laughed, and clinked glasses. I felt like I’d stumbled into something special – a secret. No cover and the band’s just the baddest. Hollow bodies and Hammond organs. A drummer shouting full falsetto.

There may be no ritual in the Live Music Capital quite like Greyhounds’ Wednesday night residency at the Continental Club Gallery. For starters, you won’t find any mention of the band itself. Billed as Trube, Farrell & Sniz – after the Greyhounds twosome of guitarist Andrew Trube and organist Anthony Farrell, plus drummer David “Sniz” Robinson, whose family and corporate gig preclude him from confirming with the band full-time – this off-the-grid residency continues to convert newcomers and welcome old hands since first appearing in advance of the 2006 Austin City Limits Music Festival.

“Steve Wertheimer hollered and asked if we’d play Wednesday nights,” remembers Trube. “We were all broke as hell and wanted to play the Gallery, so we changed the name to all our last names and didn’t tell anybody.”

Since 2008, Trube and Farrell have paid their bills touring the country as an integral part of JJ Grey & Mofro, the southern funk swamphouse built like Little Feat or Tedeschi & Trucks. For the past 16 years, since the two lived in Los Angeles, they’ve also been Greyhounds, a subtler, funkier, localized alter-ego. On the eve of their most prestigious tour, an eight-nighter for their first label-endorsed LP, today’s Accumulator, Trube says the two couldn’t have had one without the other.

“We had this time while we were touring with JJ to really concentrate. Instead of getting home and working construction, we were able to go home and work on our craft.”

Recordings culled from the Gallery and stints inside studios like Big Orange, East Austin Recording, and NESTrecording yielded four DIY releases: 2009’s ¡No Mas¡, 2011’s Spring Training, 2013’s Live @ the Continental Club Gallery, and September’s Another 5 for the Tip Jar. Sometime just before Tip Jar, someone at Ardent Studios got a hold of them. Like Memphis neighbors Stax, Sun, and Royal, Ardent Studios lays claim to a sizable chunk of classic American music.

Albums recorded there include Al Green’s Soul Survivor, R.E.M.’s Green, the Replacements’ Please to Meet Me, and nine albums from ZZ Top. The brand doubled as a record label through the Seventies, a quick stint in the Nineties, and, since, has doubled as a headquarters for Christian rock from the likes of Todd Agnew, Jeremy Horn, and Skillet. The company decided to mark its return to Memphis-style, funk-happy blues by calling up Trube and Farrell.

“We put out Tip Jar, Ardent heard it, and they were like, ‘Man, we love this stuff – do you have anything else?’ So, we sent them our catalog,” remembers Trube. “They said they wanted to put it all out, and cherry-picked the ones from our old stuff they liked.”

The two parties agreed to a three-album deal, with two platters of original material set to follow a debut disc of past recordings.

“The whole thing was compiled together in all sorts of crazy ways,” says Trube. “We had to look under rocks for tracks. We were looking all over trying to find pieces that they could mix and master together.”

Spanning 11 tracks, the LP serves as an exhibition of years spent grinding hours off the road. “I Remember” and “You’re Gone” both showcase the duo’s knack for slow soul, while “Get Back” and “Yeah Yeah Yeah” demonstrate how funky Greyhounds can get. Newcomers will settle for staccato rhythms.

For those privy to what’s been happening at the Continental Club Gallery on Wednesdays nights, Accumulator will remind them of what it’s like to stay up late. 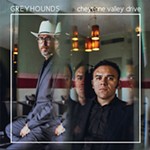