Out Among the Stars: Cash to the Clash 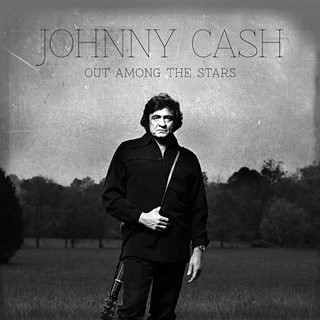 Since his death more than a decade ago, there’s been no shortage of Johnny Cash releases. None match Out Among the Stars. Son John Carter Cash discovered the tapes that became this disc while cleaning out the Sony vaults two years ago, its 12 tracks recorded in 1981 and 1984 with Nashville great Billy Sherrill in the producer’s seat.

Coming from a relative low point in the Man in Black’s career, Out Among the Stars plays remarkably bright, fairly brimming with Cash’s confident, at times brooding, persona. Duets with his wife June Carter (“Baby Ride Easy”) and fellow Highwayman Waylon Jennings (“I’m Movin’ On”) sparkle, and the whole of the album will likely be the best music any Johnny Cash fan hears this year.

Speaking of Waylon, Shooter Jennings’ new imprint Black Country Rock just reissued Right for the Time. Originally released in 1996 for Houston’s Justice Records, it’s one of Waylon’s last albums before he passed away in 2002. Allowed to do as he pleased, it’s laid back and sincere, yet, as always, delivers an emotional punch. Austin’s Jesse Dayton plays guitar throughout and a rendition of Paul Simon’s “The Boxer” feels close to Jennings’ heart. Not his finest work, but a worthy addition to the canon.

Summer 1970, Janis Joplin, the Band, Grateful Dead, Buddy Guy, and quite a few more post-Woodstock stars traveled across Canada by train for a tour called the Festival Express. Much of it was filmed, and more than 30 years later that stock turned up as a documentary with new interviews from many who took part. Festival Express, just issued for the first time on Blu-Ray, captures stellar performances, the Joplin footage among the best you’ll ever see.

The film also captures the camaraderie that developed aboard a train where the music never stopped. One scene captures a delightfully drunken jam featuring the Band’s Rick Danko, Joplin, and Jerry Garcia. As the Dead’s Bob Weir recalls, “That train was buzzing down the rails. We achieved lift-off for sure.” The DVD version features a second disc with 10 performances not included in the film. Among the moments making that disc worthwhile: a shirtless, heavily bearded Peter Rowan as a member of Seatrain and more of Joplin with her Kozmic Blues Band.

Going back even further, You Are There... with Country Music Pioneers gathers 29 performance from the early days of television, spanning 1952-1954. The DVD’s highlights are six rare performances of Bill Monroe & His Bluegrass Boys filmed in color, and the four known Hank Williams performances in black and white. Among the other country music stars of the day that come included are the Louvin Brothers, Grandpa Jones, and Stringbean.

It’s an interesting document overall. The duet between Williams and Anita Carter couldn’t be more adorable, but the lack of information about anything included seems like a wasted opportunity. Williams’ performances were from the Kate Smith Evening Hour in March 1952, some of which were used in the infamous video for Hank Jr.’s version of “There’s a Tear in My Beer.”

A big thumbs down for The Rise & Fall of the Clash, newly available on DVD. Surprisingly little time is spent on the ascent of the only band that mattered, while most of the rest focuses on Mick Jones getting sacked and the disaster that followed. If anything, the film seems to exist to cast a negative light on Joe Strummer and his association with band manager Bernard Rhodes. I recommend Joe Strummer: The Future is Unwritten as an antidote. 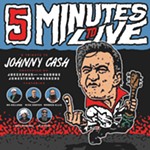 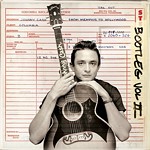