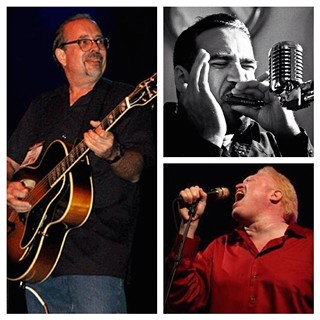 The longest lag in a decades-long residency concluded two weeks ago at a sports bar. Antone’s enduring Blue Monday, ongoing since the early Seventies, returned after a two-month hiatus March 10. Despite the fact that the live music brand is still searching for a new venue, organizers have restarted its mainstay series where the club last stood.

That’s what its anchor Derek O’Brien reports. The guitarist has led the free jam since taking it over from the Fabulous Thunderbirds in the mid-Eighties, after a run at the original Antone’s location at Sixth and Brazos, then a long stint on Guadalupe with a quick stopover on Anderson Lane in between when the blues club briefly landed there.

Since then, he and his crew – mainstays including singer Malford Milligan, pianist Riley Osbourne, drummer Tommy Taylor, bassist Don Bennett, fellow axe slinger Denny Freeman, and a steady stream of special guests – have assembled at 6pm just about every Monday to summon the spirits of Clifford Antone, Albert Collins, and Muddy Waters.

Driving back from a visit with his mother in Dallas, O’Brien came to the realization that the Midway Field House, the athletically-oriented successor to the most recent iteration of Antone’s on East Riverside, remains the ideal location for the blues residency. At least until the consortium that purchased the brand from local club tycoon Frank Hendrix in November finds a new home downtown.

“The parking lot’s easy, and we’re not trying to be seen by so many people,” he says. “The problem with that space, not so much for our Mondays, but when you get into shows with 300-400 people, is that the sight lines are horrible. But it works for our little happy hour.”

The longtime local says he and his band of merry men and women expects to pick up and relocate whenever Antone’s reposts its tent, but for now they’re carrying forward with the aid of Midway Field House owner Jason Sabala, who previously ran both Antone’s and Emo’s for Hendrix. Tonight, O’Brien trots out a crack band featuring Freeman, guitarist Bill Carter, bassist Glenn Fukunaga, and drummer George Rains.

“We’re up against a lot of competition,” he says, alluding to Dale Watson’s Monday night rambles at the Continental Club, the Hot Nut Riveters’ big set at the White Horse, and Marcia Ball’s Story Behind the Songs gig at the Broken Spoke, “but we do have this all-star band.” 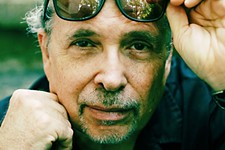