A timeline of the rapper’s notorious SXSW 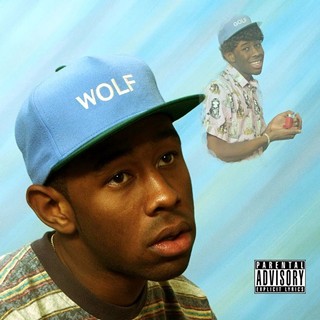 At South by Southwest 2011, for a “Death Match” day party put on by Thrasher Magazine, juvenile punk rappers Odd Future opened their show with such a commotion that a herd of fans who were barred entry broke down the fence barricading the Scoot Inn from Waller Street and overthrew the show.

The crowd went wild, and Odd Future fed off the collective energy. They climbed speaker towers, jumped off the stage’s rooftop, and verbally propagated mayhem. “Fuck the police!” they chanted in unison.

Tyler, the Creator, the group’s then-20-year-old leader, closed the show by scolding venue employees who’d tried to provide security around the stage. He ended his week one night later with a shoe to the face at the Fader Fort, then a string of obscenities fired at both the audience and show sponsor at a Billboard showcase at Buffalo Billiards.

Back in Austin for the fourth time since then, Tyler’s debut at Mohawk last Wednesday night during SXSW was canceled after Rashad Owens drove a car into a sea of revelers outside the venue.

“Show isn’t happening,” Tyler tweeted shortly thereafter. “Something sad happened. I’m bummed.” He pledged one hour later that he “might still go” to the Scoot Inn the next day to headline a Thrasher Converse day party. That gig played out much like 2011’s, as fans left outside were prompted by Tyler to break through the fence.

“Hey, everybody out there waiting,” he yelled. “I want all of you to run in here at the same time.”

The 23-year-old appeared proud of his work later that evening on the back porch of the Gatsby, when, following a performance by Mobb Deep, he confided to the audience: “Thrasher was sick. You guys should’ve come to that shit.”

He canceled his SXSW showcase at the Parish on Friday, claiming he wasn’t down with the way “some are making me out to be a bad guy.” Saturday, executing a warrant, the Austin Police Department arrested the rapper (real name Tyler Okonma) at the airport as he prepared to board a flight to Dallas for a sold-out show. The charge: Inciting a riot, a class A misdemeanor.

The rapper was taken to the Travis County Jailhouse, where he posted a $25,000 bond that was initially reported as $3,500. By 8:30pm that night, he was out and tweeting again:

Dear You, That Tragedy That Happened Has Absolutly NOTHING To Do With The Show At Thrasher At A Different Location A Day Later - T

So Please Stop Going Out Of Your Way To Mention The Tragedy And Tie Me To It, Thats Not Cool And It Bums Me Out

Technically, it’s true. Had Rashad Owens not shocked the world, Tyler’s actions might not have attracted the attention they have. Still, given his history at SXSW, he brought it on himself.