The average age of those showcasing for the Americana Music Association Friday night hovered around 47, but everybody playing deviated far from that mean. Disparate as each may have been from their bill mates, like American music, together all managed to find that sweet spot in the middle. 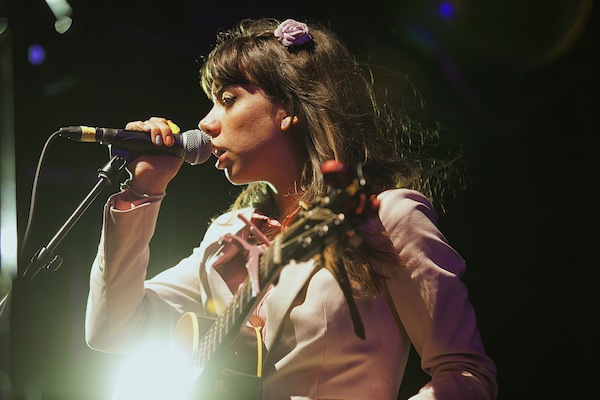 Two hours before Lucinda Williams would bring timeless Cajun songwork, 26-year-old Alynda Lee Segarra – known best for fronting Hurray for the Riff Raff – streamlined gothic folk and Dixie breakdowns. The New Orleans settler’s an obvious artistic decedent of Williams, and not just because she loves name checking Louisiana parishes. She mixes bayou music with blues, folk, and roots in ways both convincing and earnest, going solo on “The New SF Bay Blues” before bringing in drums, keys, a fiddle, and an upright for the duration of her set, which centered heavily around last month’s Small Town Heroes.

“The idea of sharing a stage with Wanda Jackson and Lucinda Williams is a dream come true,” she cooed after spotlighting the festive “End of the Line.” Here’s thinking she’s earned herself another chance.

Taking over after Rodney Crowell tarpapered the sky with thirty minutes of next month’s Tarpaper Sky, the Houston Kid’s sixteenth, Williams walked out to reinforce her respective prolificness. Dressed with a simple, steady three-piece (“My favorite guitarist is whoever’s playing guitar with Lucinda Williams,” one onlooker admitted), the 61-year-old closed out her busy week (Austin Music Awards Wednesday, the Roost on Friday) with a series of new tracks and a few selections from Car Wheels on a Gravel Road (“Joy,” “Drunken Angel”). 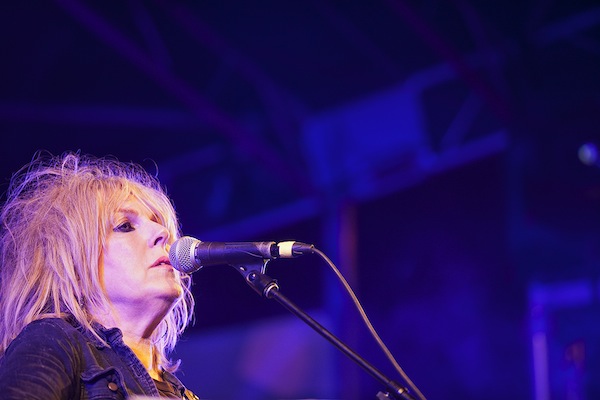 “As you can see, I have no intention of slowing down,” she said in her signature drawl. “In fact, I’m more prolific now than when I was younger.” A solid standard for the younguns, which also included local roots brotherhood Sons of Fathers and Shakey Graves.

It’s that last name that walked away from the evening with the most variables to consider. Graves – the stage name of native Austinite Alejandro Rose-Garcia – has a big year ahead, one that should involve an album of his first new material since January, 2011. He’s getting picked up everywhere: Fuse, NPR, Spotify, Esquire. And he’s trying something else.

Dressed not in trademark white tank top and brown hat but rather in a blue suit, shirt and tie, and blue trucker hat, Rose-Garcia tickled a few songs in his standard one-man stomping band before revealing a wealth of new material with the support of a singer, Denver’s Esmé Patterson, a lap steel guitarist, and a drummer. Variations came forth. He sang some with just Patterson and others, like “Daisy Chain,” with only the help of his drummer and guitarist. He showed great chemistry with the three and seemed truly enthralled with the prospects of attempting active vocal interplays with Patterson, but it was hard not to notice how the new look sounds more like Shovels & Rope, and less like Shakey Graves.

Those who’ve grown accustomed to the latter may hope Rose-Garcia, like Americana music in general, manages to find that sweet spot in the middle.