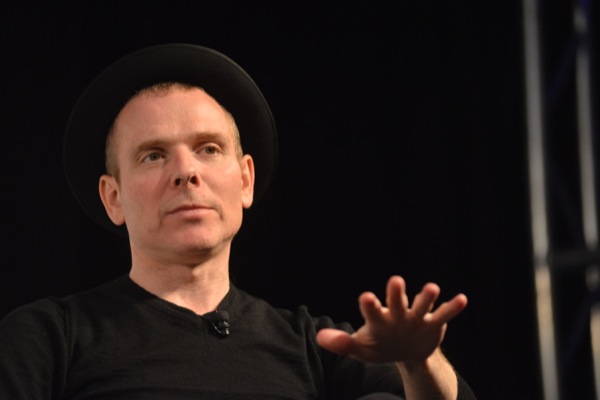 Lengthy sabbaticals between albums, years spent living in a church – it all adds up to an individual who obviously values his privacy. The 45-year-old Scot couldn’t have been more pleasant during his SXSW interview, but you still got the sense he’s a man who’d rather be inside.

Interviewer Jason Cohen might’ve been caught up in the same vibe. He carefully fashioned his questions to Murdoch to be as easy and open to interpretation as possible. You don’t want to step on the toes of a legend, especially one as kindhearted as Murdoch.

Talk mostly stuck to Murdoch’s upcoming film God Help the Girl, a project he’s been working on for over 10 years. You may remember the God Help the Girl LP that arrived back in 2009. Those songs sketch out the characters and core plotlines that occupy the movie, which was shot in 2012.

Such a nice, unassuming chat about a movie none of us had seen, but let’s be honest. Most of us were at the Convention Center Saturday to fill up on Murdochisms. My take away? Hearing the man that wrote “Seeing Other People” matter-of-factly stating “breaking up is hard to do.”