Did you know the Greeks founded Stax?

Imagine growing up in South Memphis and only knowing Stax Records as a vacant, bottle-strewn lot with a lonely state historical marker in front. “How could something so huge be wiped off the map for future generations?” asked Memphis hip-hop kingpin Al Kapone. “Why wasn’t it passed on to us?” 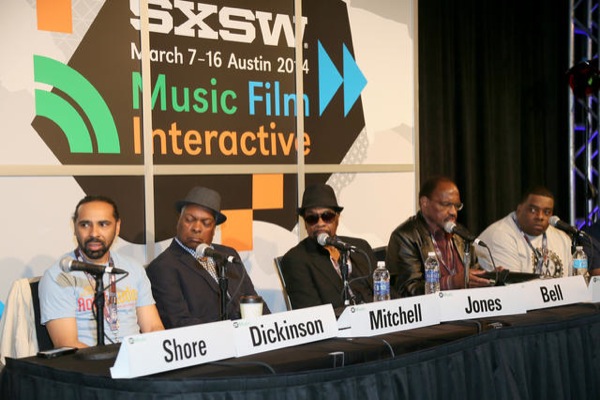 Moderated by Take Me to the River director Mark Shore, Friday’s nine-man Memphis music panel examined the city’s rich musical history and tentative-yet-hopeful future in both pragmatic and soulful terms. Many of the panel’s elder statesmen reflected on community.

“The music lived in the people even though I don’t think they were consciously aware of it,” said former Stax Records president Al Bell.

“It was tough love,” Bell said, “but they wanted to teach us correctly so we would get a good foundation for what we were doing.”

Al Bell became visibly emotional while discussing Stax’s demise. “I’d park across the street where the building once stood and cry,” he said. Now the site houses a museum and musically oriented charter school, a sign of belated reverence for homegrown cultural riches.

“I don’t think the people downtown realized that what we were doing was important,” mused Jones. “And they lost out.”