While White City lists as from Kabul, Afghanistan, they’re not really from Kabul. Singer Ruth Owen actually hails from Shepherd’s Bush in London. She’s even written a song about Nando’s, which, short of footie and chips, is about the most English thing you could write a song about.

Save for the odd bits of geography coloring their music – instead of sex, drugs, and rock & roll, it’s beer, guns, and women hiding behind burkas – the formula’s pretty much the same. To that end, White City arrives as just a rock band. There’s nothing particularly exotic about them beyond their “hometown.” 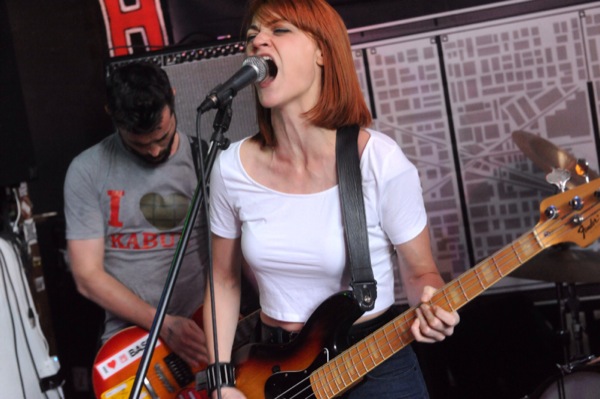 Okay, not every rock band has had a guitar player survive Dengue fever, and they have bitchin’ riffs and influences (someone listened to Guns N’ Roses’ Appetite for Destruction a fair amount), and enough presence of mind as performers to interact with the audience. That’s easy when you’re playing a venue the size of a closet, but you can choose not to shoegaze.

Put it all together, and it’s a pretty good mélange of nü metal, early-Eighties Brit hard rock, and the odd curveball of a meth’ed up Sam & Dave riff. Play loud and you’ll draw an audience.