‘The best songs are the ones that hurt’ 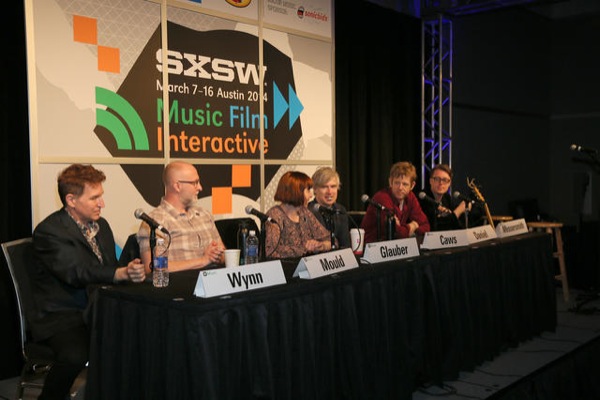 Moderator Karen Glauber from HITS magazine, obviously a fan in awe of the assembled talent, posed topics to the various panelists in an open discussion of songwriting and the creative process, with each musician responding with both thoughts and songs performed on an acoustic guitar.

Early on, Glauber remarked that she often relates lyrics to real life, leading to Mould commenting on the Hüsker Dü song “Hardly Getting Over It” being about the loss of a close relative, before playing a moving solo rendition of the tune. Later, he debuted a new song, “The War,” written in answer to “Hardly Getting Over It.”

Everyone on the panel generated power during their performances, even stripped to themselves, an acoustic guitar, and their songs. Britt Daniel, in particular, roared with raw emotion in his moment.

When talking about the songwriting process, most seemed to be in agreement with his assessment: “I usually write down lines as they come when I’m not in songwriting mode.” Wynn remarked that one should “write to heal yourself.”

“You should feel something,” he said. “The best songs are the ones that hurt.”