Velvet Undergrounder found a voice to speak with 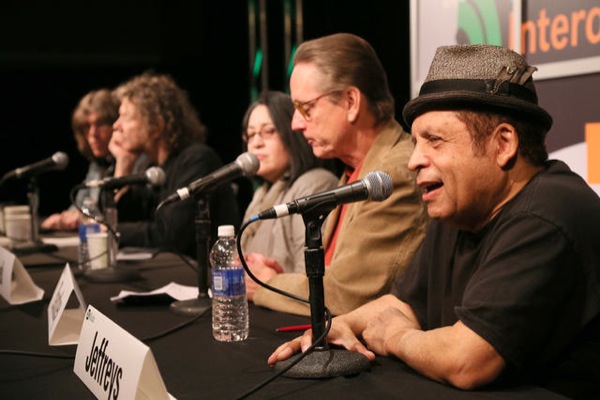 “The key for Lou and I was our love of R&B, especially doo-wop,” offered Jeffreys. “I think he was jealous that I could actually sing like that.”

Sylvia Reed, who was married to Lou from 1980 to 1994, focused on the degree to which he strove to make his music perfect: “He was almost like a Japanese calligrapher in terms of his desire for perfection.”

Rolling Stone senior editor David Fricke was one of the few journalists Reed trusted after an infamous back-and-forth with Lester Bangs. From Fricke’s perspective, Reed’s reputation for causticity toward the press was rooted in the belief that journalists should care as much about their craft as he did.

“He wanted me to be a good writer and a good interviewer,” acknowledged Fricke.

Jerry Harrison recalled seeing the Velvet Underground at Harvard in 1967, but not recognizing their importance until Jonathan Richman came along. The onetime Modern Lover read “He Couldn’t Find a Voice to Speak With,” a poem Reed submitted to a Harvard literary magazine. Then he shared Reed’s initial assessment of Talking Heads.

“I think one of his comments was that David’s arms were a bit hairy,” Harrison deadpanned.