The line for Jay-Z and Kanye West at the Austin Music Hall stretched like Black Friday at Walmart, extending all the way down Cesar Chavez. “Everyone with a wristband will get in,” staffers repeatedly assured the restless throng Wednesday night. Two hours after doors were scheduled to open, it became clear hundreds were likely to be left in the cold.

Even Diddy appeared to need some assistance getting in.

Inside, it felt like a stadium tour compressed into a living room – two titans of the industry funneled into a space that could barely contain their egos. The near two-hour set closely mirrored that of the Watch the Throne tour in 2012, with one notable distinction: West dropped Yeezus last year, a contemporary masterpiece of class politics and hyper-sexualization, and its goon factor loomed large early. 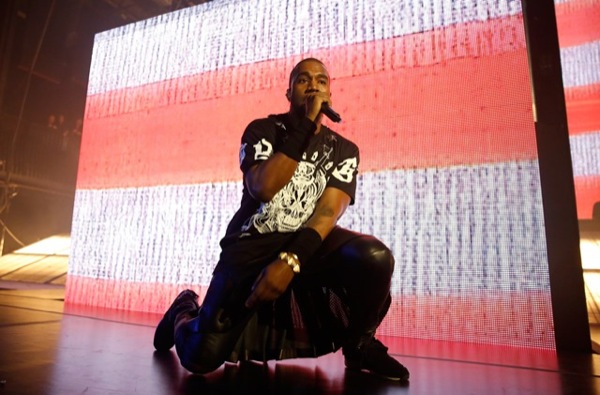 Rising on opposing platforms like twin towers, the two started in a standoff, performing as much to each other as the crowd. They have chemistry like Jordan and Magic, friends but fierce competitors who push each other toward heights of excellence. Opener “H•A•M” and “Fuckwithmeyouknowigotit” were aggressive, dark, and antagonistic, as if Hova was trying to anticipate the fierceness of West’s “Black Skinhead” and “New Slaves” that soon followed. It was certainly a far cry from the feel-good greatest hits Jay-Z rolled at SXSW Interactive in 2011. 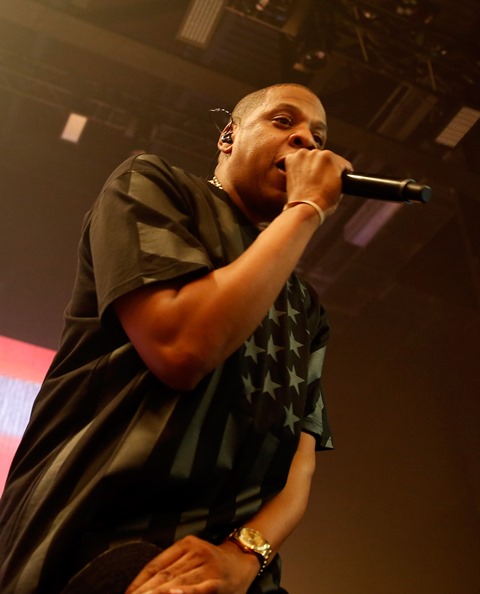 There were moments of vulnerability too, most notably in “Welcome to the Jungle” and West’s vocoder bloodletting on “Heartless.” In fact, the show played out in a series of chapters: Watch the Throne (“Otis”), blockbuster anthems (“Empire State of Mind,” “Runaway”), and chart-topping pick-me-ups (“Big Pimpin,'” “Gold Digger”).

There were some nice touches as well: Hova’s a capella verse in “Who Gon Stop Me,” the way two classic Blaze beats segued into each other (“Public Service Announcement” into “U Don’t Know”), and how the solo sets transitioned naturally through collaborations, like on Beyonce’s “Drunk in Love.”

West makes for the better hypeman – his energy’s electric, and it’s clear he’s the one setting the agenda – but Jay-Z takes care of business with German efficiency and commanding stature. No special guests or surprises arose, just two of the all-time greats doing what they do best.