Since its permanent resurrection in the wake of SXSW Creative Director Brent Grulke's death, the Wild Seeds have evolved into a guitar band. That's not to say the catalog isn’t prominent. Any band with a songsmith as skilled as Michael Hall, a writer uncelebrated as one of Texas' best only because he's not a troubadour, will be known for its tuneage. 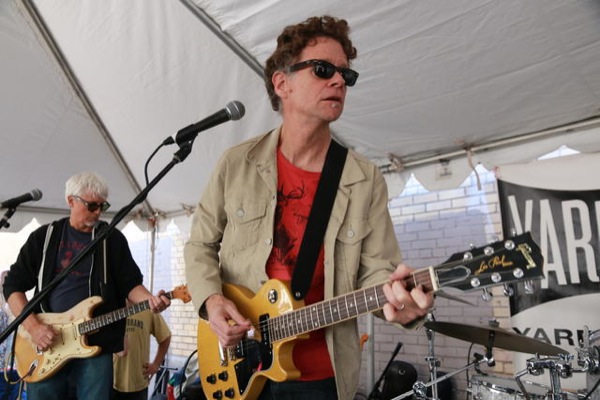 The show began innocently enough with the midtempo "Like a Fall," featuring one of Hall's prettiest melodies, but sweetness and jangle evaporated immediately as bassist Marcus Pina and drummer Joey Shuffield kicked into the driving rhythm of fierce rocker "A Girl Can Tell." From that point until the last note, six-string roar ruled.

"I'm Sorry, I Can't Rock You All Night Long" – the band’s “hit” – and an ingenious cover of Gene Clark's "So You Say You Lost Your Baby" upped the ante considerably, yet the band hit its stride on the Velvet Underground groove of "Drive," with the repetitive guitar figure hitting critical mass. Jazzmaster ace Jason Victor, on loan from Steve Wynn’s Miracle 3, joined the Seeds for an actual VU cover, an assault on the obscure "I'm Not a Young Man Anymore."

Capping off the amp abuse, the Wild Seeds ended the set with "Captain Captain." "I wanna go home!" cried Hall, so Franklin and Victor’s pyrotechnics took him there.