‘Faithful Man’ dishes the difference between gospel and soul 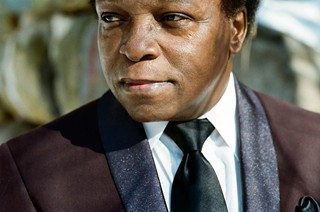 Interviews operate on a case-by-case basis. Some subjects require dozens of questions to fill out 15 minutes of conversation. Others require only two or three.

Soul captain Lee Fields falls firmly into the latter. Get him talking about something he’s into and he’ll fire off for seven minutes at a clip. The veteran singer, 45 years into his career, has a new album due out this summer – his third in six years – and a willingness to expound that’ll have you throwing away your cue cards. We reached him at home in New Jersey last month.

Austin Chronicle: I closed my conversation with your friend Sharon Jones on this question. I’ll open with it for you: What does artistic growth mean to a soul singer in this era?

Lee Fields: Being able to be attractive to other people regardless of what generation they’re from, and staying true to what I do. I want to be not necessarily what the fad may be, or what the current trend may be, but be what I am and be that well enough that it attracts all ages. In other words, there’s no barrier, be it age, race, or ethnicity.

If a person does something from a place within them where they know there’s truth, it will come out that way. Soul is of the spirit, and the spirit is of God. I’m a believer. Although I fall way short of being the way a man should be to be righteous, my faith has not been tarnished. My faith is there.

The only difference between soul and gospel is that gospel sings about the coming, and good news. I’m singing about the here and now – with the good news in mind.

AC: Why didn’t you go into gospel?

LF: They got enough preachers. Lord have mercy. Everywhere you go there’s a church.

AC: I’d imagine the spreads are nicer in the soul music green rooms, too.

LF: I could pray and ask God to give me something, but as long as I keep my hands together praying, the possibilities of something falling into my hands is small. Instead, I pray, and I use my hands, my mind, my body, my gifts to gain.

AC: When did you come to the realization of these two genres’ similarities?

LF: Back in the Eighties, I was on something else. I’ve had a lot of trials and tribulations and things that didn’t work the way I wanted them to work. Each time I’d go back and record, I’d see my friends get deals and everything. That never happened for me. I didn’t know why, so I started to search. I started to read. I read the Bible, and it led me to all kinds of other religious statutes. All of it said the same thing about how a man should love the spirit of God and love each other as they love themselves. All of it basically said the same thing.

Everyone’s using different names, but we’re all telling the same story. Every time I’d have a downfall, I’d read a little bit, and it would give me the strength to keep going. It became my fuel. Then I started thinking about soul music. Why do they call it soul music? Because it’s about the spirit. Then, instead of singing like a soul singer, I decided to sing from my spirit, and tried to make people happy in some way, and lift them up in some way. It’s not about Lee. It’s not about the Expressions. It’s about all of us.

With soul music, I’m singing as a guy who really believes that somebody can feel this. I’m not trying to be the best singer in the world. I’m just singing it with all my heart and soul. And I really mean it. The only way that you can sing a song is if you mean it. You’ve got to be real. Like Abraham Lincoln says, “You can fool some of the people some of the time, but you can’t fool all of the people all of the time.”

AC: You have a new album coming out.

LF: I’m so delighted. The name of the album is going to be Emma Jean. My mother was named Emma Jean. She instilled into me what I just explained as a child. When I became an adult, I went back to those principles. It’s in memory of her and in honor of her. I’m sure there’s an Emma Jean in every family. A lot of people hear me talk about my father all the time, now it’s time to talk to about my mother.

AC: Why your mother?

LF: She’s the one who got me singing in the beginning. Back in the day, when daddy turned our house into a speakeasy, momma was the one who changed and started going to church. She’s the one who got us up on Sunday mornings. I chuckle with my dad a lot because he was so good to me. It dawned on me: Mother is so many beautiful things in this spirit. It’s time to let people know about her.

AC: When did you lose her?

LF: I’m sorry. Did I make you sad? I didn’t mean to do that! That isn’t what this is supposed to be!

AC: Safe to assume this will be another LP with the Expressions?

LF: Nobody but the Expressions. That band, I waited a long time for those guys to come. I waited 40 years for that band to get here. And they came. This is the band, man. This is the band for me. And this will always be the band for me. They’re like my musical sons. Matter of fact, as we collaborate, it’s like we’re on the same page. A lot of times we don’t even need to say anything except maybe one or two words. That completes the sentence. That’s how tight the band is.

LF: I didn’t say that to try to preach on anybody. I don’t try to convince anybody of what to believe or how to believe. The only thing I speak of is myself. That’s how I feel. The only thing I want to do when I come to town is give people some joy and take them to that place.