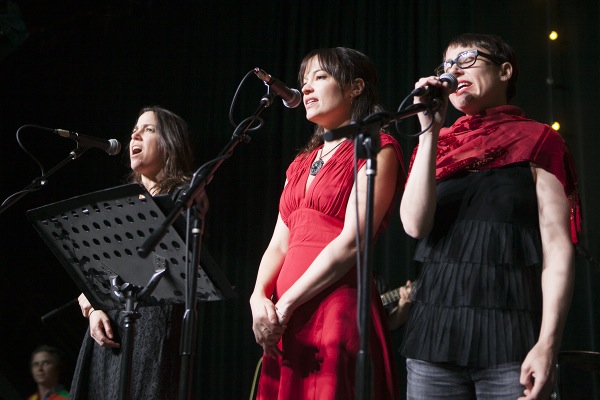 Together with their four-piece backing band, the Triplets unfurled tasteful renditions of old standards from the Carter Family and Stanley Brothers with a prowess that stopped crowd banter dead in its tracks. You couldn’t have summoned a sharper contrast than the Coathangers. 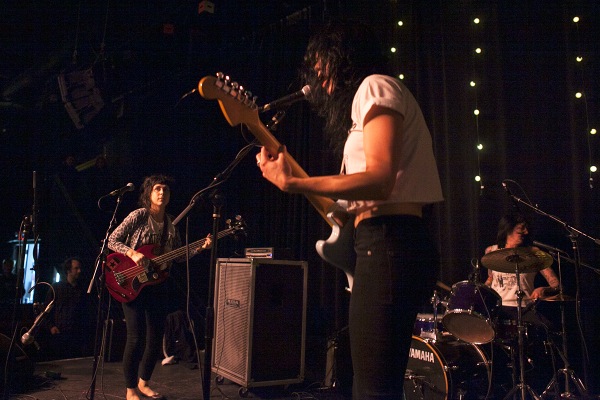 The Coathangers (Photo by Jana Birchum)

San Franciscan Kelley Stoltz and his band mined power pop enlivened with hints of psychedelia and proper English woe. With his sunglasses and mussed-up hair, Stoltz himself embodied the exasperated allure of songs like “Are You My Love.”

Protomartyr was the day’s most distinctive act. The centerpiece of the Detroit quartet’s itchy post-punk paranoia is vocalist Joe Casey. With sour grimaces and arched eyebrows, Casey summoned his inner drunk uncle into a perfect lather of pasty, beet-red rage.

Finally, there was R. Ring, the avant-folk duo helmed by Breeders guitarist Kelley Deal and Ampline’s Mike Montgomery. Though formless to a fault at times, their dueling acoustic guitars through Mascis-ized effects pedals channeled intrigue and emotive weight in more cohesive moments.