Folk music ‘only exists in a community’ 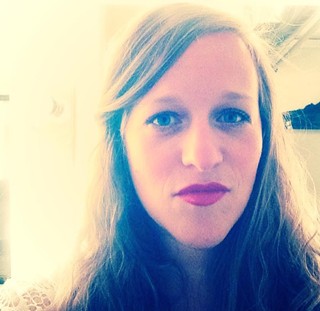 Raina Rose: even her name reads like a poem. As it turns out, that’s because she’s the daughter of poet Leana McClellan and folk singer Morris McClellan. She’s showcasing Wednesday at South by Southwest, but look for her tonight at the Continental Club Gallery guitar pull with Owen Temple and Danny Malone.

Rose has been gathering folk crowds over the last few years, critics hailing latest album Caldera. She was a finalist in the 2007 Kerrville Folk Festival new folk competition, received honorable mention in the 2006 Telluride Bluegrass Festival troubadour competition, and has been featured at the High Sierra Music Festival for several years.

Lately, she’s also been singing in Sam Baker’s band. Her husband Andrew Pressman is Ben Kweller’s bassist. We caught her fresh off a showcase at the International Folk Alliance Conference.

Raina Rose: Folk music is all about community. It doesn’t exist in a vacuum. When you make pop music, often you don’t see the people that listen to it. Folk music is about getting a small group of people together, making eye contact with everybody, shaking everybody’s hand, and everybody singing together. That’s what I love most about it – it only exists in a community.

AC: How is the folk community different?

: Folk musicians treat each other like family. Everybody cares about everybody. Everybody loves each other’s music. Everybody has done Kickstarter and donated to everyone’s Kickstarter. It’s kind of like passing around the same $20. You know, like the idea that high tide raises all ships. That’s true in the folk community. Everyone wants everyone to succeed.

AC: You moved from Los Angeles to Oregon when you were 6. How did that influence your music?

: My dad and his brothers are all musicians. They used to play old gospel and bluegrass songs when they were kids. When I was growing up, every time we all would get together we would sing those songs. My dad has a degree in Country & Western music. There’s also a focus of being ecologically aware in Portland. Everybody cares not only about saving the planet, but nurturing it too. That comes across in my earlier songs from when I was still living there. After high school, I lived on the coast and worked at a summer camp. I feel like the ocean comes out a lot in my songs.

AC: What brought you to Austin?

: The first time I came to Texas was out of the blue. I was coming to the Kerrville Folk Festival and I was 23. I didn’t know anybody. I had these images of super conservative gun-toting people. Then I got to Kerrville and it just was all these hippies and songwriters. I thought it was the greatest thing I’d ever seen in my life. I started coming her more often and basically moved here in 2007.

AC: You have a toddler. How has motherhood influenced your music?

: It definitely makes the time I have to write more precious. When you’re a parent, you come second. And every song is about him even if it’s not.

: One time at High Sierra and I looked down and my tank top had fallen off. I sold a lot of CDs at that show, which is kinda hilarious. And then last year I was singing with Sam Baker at the Folly Theater in Kansas, City, which is an historic theater that Charlie Chaplin played. It was a sold-out night and it felt amazing to be singing the classic traditional songs that Sam and I do in a place that’s 114 years old.

AC: What guides you?

: Always stay positive, and if people need things of you say “yes.”