Mega acts (Coldplay) slated for five nights at the Moody 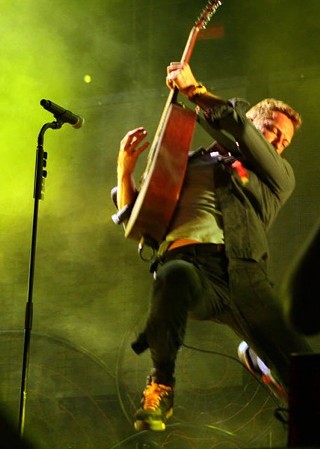 South by Southwest has grown so big it’s now hosting music festivals within its own Music festival. This morning – 7:30am – the conference announced that ACL Live at the Moody Theater will host the five-night iTunes Festival, starring Coldplay, Imagine Dragons, Pitbull, Keith Urban, and Zedd.

Most of these acts need no introduction, particularly around Austin, where Coldplay headlined the Austin City Limits Music Festival in 2011, and Imagine Dragons plays the Frank Erwin Center tomorrow night, Thursday. We got Zedd at Emo’s in September.

Keith Urban skirted the already sold-out iHeartRadio Country Festival at the Frank Erwin Center two weeks after SXSW, Saturday, March 29, as well as Red Fest at the Circuit of the Americas May 23-25, but returns to that same site in August.

Pitbull’s been through town a couple times, but in recent years, the Miami MC blowing up reggaeton and gasolina has grown so popular that his Wikipedia page has usurped that of the actual dog. A whole slew of additional artists fill out the five nights, only three of which were announced:

The news marks year three in which the prestigious Moody acts as the designated space for SXSW’s truly huge names, beginning with Jay-Z and Bruce Springsteen in 2012 and shooting on through to Green Day last year. The difference in 2014 is that Apple will hold court for the entirety of the Music fest, whereas last year brought more diversity.

Tuesday’s Coldplay performance is open to badge holders of all three SXSW conferences, while Music badge registrants and Platinum badge holders only are eligible for the other nights. Some wristbands will also get their shot. Full details on the SXSW site.