Looking for a musician to nominate as Best Bassist? How about Bruce Hughes? From Bob Schneider to Arthur Brown, Hughes handpicks his projects with love and caution. This weekend, he’s the bottom line with Poi Dog Pondering at the Continental Club.

Worth pointing out the Austin native has played with the True Believers, Ugly Americans, Scabs, Jason Mraz, Dr. John, Cracker, and Bo Diddley, making him one of the first-call bass players in town. Hughes also co-produced and performed on 2009’s The Texas Sheiks with Geoff Muldaur, produced and played with Johnny Nicholas on Future Blues, produced Blind Belief for Brit-pop darling Jonathan Whiskerd, and produced the Resentments’ Ghost Ship.

With a new CD from Bruce Hughes & the All Nude Army nearly ready, he’s going to be one busy bassist. Therefore, when he waxes enthusiastic about a gig he’s playing, it’s worth paying attention.

“I first met Frank [Orrall] and Abra [Moore] summer of ‘87, here in Austin, when they were roaming the U.S. We had mutual friends, then they played a show opening for the 7 Samurai with Jody Denberg, Alejandro Escovedo, Susan Voelz, and others at the Continental Club – another thing I was a part of [and] a whole other story. I thought, ‘I like these guys, their spirit, their playfulness, their poetic conviction.’

“In the fall of that year, Frank asked me to come out to the Bay Area to be a part of a new version of Poi Dog. Seemed like a grand adventure at the time, so I said of course, let’s do it! We moved back to Austin to record the first Poi Dog vinyl release beginning of 1988. The Austin version of the band coalesced almost completely from those sessions.”

Poi Dog Pondering sounded like little else, pan-cultural music cultivated with deep roots in Orrall and Moore’s native Hawaii. Songs like “Jackass Ginger” and “U Li La Lu” evoke an almost mystical quality amid the intelligent pop of “Living with the Dreaming Body” and more recently the thought-provoking “Fruitless.” Getting back with former bandmates can be a crapshoot, though less so for Poi Dog, because they remain intact with a quality repertoire.

“I say yes to the creative projects that bring me challenge and joy,” affirms Hughes. “And I like people who mean it, who give it everything they’ve got.

“Some folks have chemistry, some songs have shelf life, others simply don’t. This Poi Dog Pondering is a living breathing animal, calling Chicago home and enriched by a vast community Frank and the others have built up over time. We’ve continued to play together in some part or portion pretty steadily for the last 25 years, including shows on the West Coast and a three-night stand at the Continental Club last year.

“[We’re] family, and when we get together to play music, it’s less a reunion and more a continuing conversation. Inevitably this week, we will have a sit-down feast like we always do, and we will laugh and talk story and play songs like there’s no tomorrow.” Poi, Then and Now 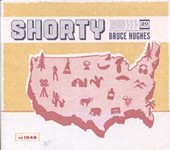