‘I looked at the windows to see water coming through them’ 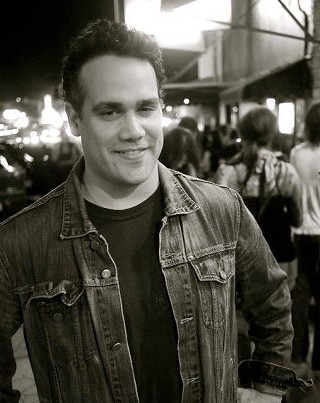 On Thursday at Strange Brew, Alejandro Escovedo hosts a benefit for his daughter ShaShai and her bandleader husband Matt McCormack, who lost everything last Halloween in the torrential rain that devastated the Onion Creek area and many Central Texans.

I had coffee with McCormack – now leading a new band, Matt McCormack & the Valley Below – to hear firsthand about his family’s flood experience and the benefit.

Austin Chronicle: What happened the night of the flood?

Matt McCormack: On Halloween night at 4:30am, I woke up to my wife downstairs yelling to come down. As soon as I got out of bed, it was like a dream. Everything seemed in slow motion. Then I hear this knocking at my front door and it’s firemen with flashlights and all I can see is their chests and their heads. I looked at the windows to see water coming through them. I tried to wedge the door open. The lights start flickering off and on, and there are water moccasins swimming around in my house. It was unbelievable.

We went upstairs to the second story to jump out the window. I thew our kids, who are 4 and 5 years old, out the window, along with the dog. My wife jumped out next, then I jumped out.

AC: You jumped out into the water?

MM: We jumped into blackness to safety, but we lost everything. Everything is gone. That’s the bad thing about it, losing old family photos, but we’re alive and that’s the most important part about it. We put everything that we had into having that home for our family.

MM: I still can’t believe it. I have to just keep a brave face and keep moving forward for my kids. You can’t salvage anything after a flood. It’s all sewer water and lake water in your home so everything is destroyed. Even though the city has yellow tagged our home, which means it’s not safe, that’s all we have, so we’re living in it on the second floor. Some nights it’s freezing cold.

AC: Did you know that the house was a flood risk?

MM: No. It wasn’t disclosed to me that it was in a high risk flood zone and we did not have flood insurance.

AC: Are you going to rebuild the house?

MM: No, we have got to get out of there. We’ve been told floods like this happen about every four years in Onion Creek.

AC: How did you meet your wife, ShaShai Escovedo?

MM: I had a band called Rock Bottom Choir with Will Sexton, Joey Shuffield, and Matthew Mollica. I had just got a song cut by Gene Simmons of Kiss. I went out to Los Angeles to write with him, and when our band played ShaShai came out to one of our shows. We hit it off, three months later we moved to Nashville, and then she got pregnant, so we moved back to San Antonio before moving to Onion Creek.

AC: How did you get into music?

MM: I grew up in Memphis. I admired Todd Snider and would open up for him. What got me to Austin was that I drove the van on his first tour. He used to tell me how great Austin was. In Memphis I would always hear “Willie the Wimp” on the radio, which is a Bill Carter song, but Stevie Ray Vaughn covered it. I came down here and I made friends with Bill and he helped me write my first record. Then I met Alejandro Escovedo and we became great friends.

AC: Tell us about the benefit?

MM: We picked people that are dear to us and special to me, so of course Alejandro Escovedo is playing. When I first moved here, I saw Kacy Crowley playing on a street corner. I’ve always liked Kacy and that image of her has stuck in my head. People are going to get a fantastic show. Basically it’s a community thing. Charlie Sexton has a signed guitar [for the silent auction], with a bunch of great people on it, including Jimmie Dale Gilmore and Jacob Dylan. We’re really blessed to have so many people be a part of it.

MM: Austin musicians take care of their own. They rally around when something happens. The first people to come to their aid are fellow musicians. It’s a brotherhood and a bond. As you get older, you find that doesn’t really happen outside of musician circles.