Infest Shows Relocate – And Then Some

It’s official: D.O.A.’s farewell to Austin has moved to Red 7 from Infest. If you’ve heard about the latter venue’s misadventures over the last 36 hours, such a seamless changeover might sound surprising. Especially when considering the fallout from Thursday’s Waka Flocka Flame show.

Madness began Thursday when Infest organizers Ben and Chelsea Riseman discovered that their landlord had locked them out of the venue at 213. W. Fifth, which the two Los Angeles transplants began occupying in April. We reported sources indicating that the siblings hadn’t paid January rent on the space once occupied by Antone’s, though members of Infest’s community have other ideas.

“We got ousted by the old guard, which wants their building back to call it Antone’s again,” suggested Train Wreq, who promoted Waka’s show and wouldn’t reveal his real name. “There’s nothing we can do about that.”

With showtime fast approaching last night and the venue still in limbo, the Risemans posted a message on Infest’s Facebook page maintaining the gig was “still happening.” It did. It just didn’t happen at Infest, and it barely involved Waka Flocka Flame.

The performance eventually got pushed across the street to Republic Live and seemed prepped to go off after a long lineup of opening acts, many of whom claimed on a Facebook thread to have paid to get onto the bill. Trouble with the headliner began as soon as the Atlanta rapper entered the venue.

Having already provided half of the appearance fee (“either $4,500 or $4,300”), Train Wreq, who promoted the show for Infest but maintains he wasn’t the “money man,” alleges Waka Flocka Flame’s manager asked for the full sum of the guarantee, which amounted to another $3,500, but turned down a check. (A spokesperson for Waka Flocka Flame says these figures are inaccurate and that a check’s never acceptable in such situations.) Still demanding cash, the rapper’s camp then referenced a breach in the show’s hospitality rider, which Train Wreq says called for eight bottles of champagne that the Infest crew wasn’t allowed to bring into Republic Live.

“That’s what it came down to, even though we brought three bottles of vodka upstairs,” claims Train Wreq. “In the end, he ended up walking out.”

Waka and his crew – manager, bodyguard, and DJ – walked out Republic Live’s front door and crossed Fifth Street to the alley that runs behind Infest and Lucky Lounge, a full gathering of fans, many of whom campaigned unsuccessfully for a refund on their tickets, in tow. Video posted onto Facebook shows Waka moving through the alley before turning to Train Wreq, who followed to confront him about his premature departure.

Confrontation quelled, Waka made his way down East Sixth, where hip-hop coming from an outside speaker drew him into Barcelona. Inside, Miguel Angel manned the decks alongside Kid Slyce and Significant Brother. Waka wasted no time getting going.

“He must have bought 50 or 60 shots in the first five minutes and passed them out to everybody,” says Angel. “Then he went to the dance floor and started dancing around with people. He was having a good time. He was really good with everybody. He wasn’t negative towards anybody, just taking photos. He just wanted to have fun.” 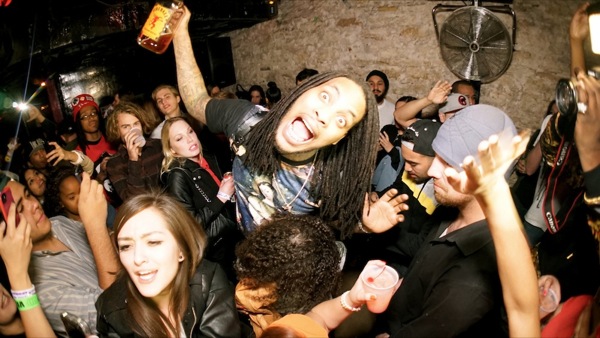 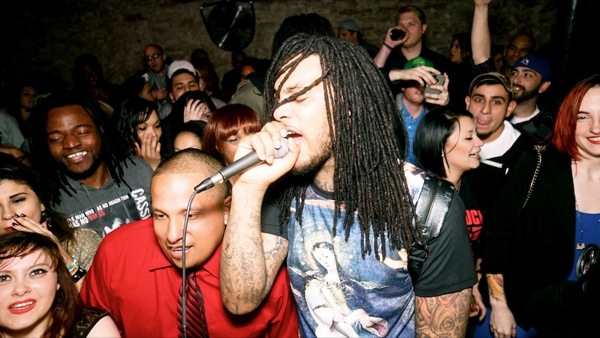 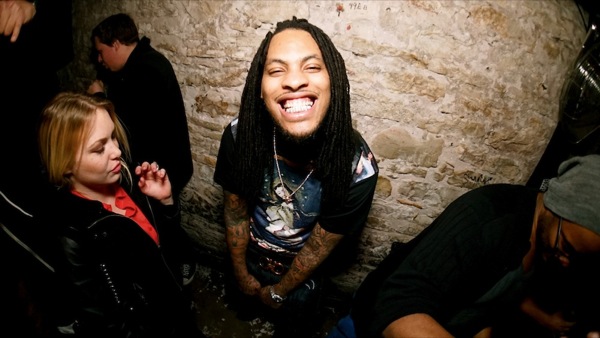 So did Waka’s DJ. Around 1am, Angel relinquished his spot in the booth so Waka’s guy could set up shop. What followed was a series of cuts highlighting the 27-year-old rapper’s hits. Waka, showing signs of inebriation by then, left the dance floor, jumped into the DJ booth, and began shouting the lyrics to his songs sans microphone before cutting off the music to report he’d lost his phone.

“He made the bar turn on the lights,” says Angel. “He got on the mic and was like, ‘We’re gonna check everybody’s pockets if I don’t get my phone back.’”

Babe’s employees: “Waka split 15 minutes ago.” Angel then went to the Radisson Hotel on East Cesar Chavez, where a rogue employee confirmed to him around 3:30am that Flaka had reserved a few rooms and ordered an early wake-up call. The rapper has a show in Little Rock tonight at Juanita’s Cafe and Bar.

As for Infest, the venue’s longterm status remains unclear. All that’s known is that Saturday’s farewell to D.O.A. has been moved to Red 7. Transmission Events plans to honor all tickets previously sold.

“Should be a fun one,” wrote Transmisson’s Graham Williams. “They coined the word ‘hardcore’ in relation to punk music. They’re legends for that alone and deserve to go out with a bang on their final tour and not have any shows canceled, so I’m happy to see it salvaged.”