Woody Guthrie worship via life on the road

Slaid in Alaska (by Karen Cleaves)

Slaid Cleaves made 2013 best-of lists nationwide with Still Fighting the War. Friday, he joins Jimmy LaFave, Eliza Gilkyson, and Sam Baker at the One World Theatre for two shows of Walking Woody’s Road.

Geezerville: You had a pretty exciting 2103 didn’t you?

Slaid Cleaves: Yeah. It was a hard-working year and very gratifying.

G: You seem to really hit the road. Do you enjoy that? Is that the reason you’re taking two months off now?

SC: I would say I tolerate it. That’s how a traveling musician makes money. There’s not a lot coming through record sales. There’s a little bit, but if you want to make a living you have to get out there and do it. My wife Karen and I have perfected our way of touring as efficiently as possible. We tour really hard, then we go home and take a little time off. But there’s all the behind-the-scenes work that needs to get done like booking and taxes.

G: Is any of the time off spent on writing?

SC: It will be once we get caught up on everything that gets drawn behind being on the road for five months at a time. Then my brain will be empty of all the worries that keep me up at night and I’ll be able to relax and pick away on a whole new batch. Of course right now I’ve got only a blank page. I have a great fear: no ideas and I don’t know what I’m going to do next. But I’ve been there before, something always happens.

G: You’re not someone who’s able to do that on the road.

SC: No. Like I said, Karen and I have figured out how to minimize the time spent on the road, which means we’re really busy when we go out. I usually don’t even have time to jot down notes. When we’re out there, it’s six or seven nights actually. Lately I’ve told Karen that we need Mondays off to do laundry and then rest up and drive.

G: How long have you been involved with the Woody Guthrie show?

G: Does it change from year to year? Sam Baker is part of the show this week and I don’t remember him being involved last year.

SC: It’s always been Jimmy LaFave, Eliza Gilkyson, and myself, but we’ve had people like Ray Bonneville, Kevin Welch, Ellis Paul, Pete Seeger. Pete joined us one year at Merlefest. He sent Jimmy a letter afterward saying he appreciated Jimmy playing “Deportee,” but he thought Jimmy took too much liberty with the melody [laughs]. He thought he went a little too far with the interpretation there.

I was thinking he’d be upset with “This Morning I’m Born Again,” which is Woody Guthrie’s words that I put to music. I did that at Merlefest with Pete standing right next to me thinking I was going to get a banjo upside the head – thinking I was taking too much liberty with Woody’s words. But he was cool with that.

G: Is that something that Woody’s daughter Nora Guthrie authorized? She’s provided so many people with his words that have become songs.

SC: That’s how it works now. When I first did that, I’d only been in town a couple of months. So it was spring 1992 and I’d been playing open mics. Greg Johnson, who now runs the Blue Door in Oklahoma City, was living in Austin at the time and he was putting on his second annual Woody Guthrie tribute. Someone told him about me and he invited me to play a couple of songs.

I thought, “This is my chance to impress people,” because nobody knows who I am. All the great Woody songs are going to be taken by Ray Wylie [Hubbard] and Lucinda [Williams] and Butch Hancock and Jimmie Dale [Gilmore]. They were all there. Karen had just bought me Pastures of Plenty, a book of Woody’s unpublished words. I found “This Morning I’m Born Again,” put it to music, and played the song at that gig.

Afterward, I put copy of it on a cassette and sent it to Harold Leventhal, who was in charge of Woody’s estate at the time, asking for permission. I didn’t hear from him for two years. Jimmy LaFave lobbied for me with Nora, who was taking over from Harold at the time. It was Jimmy who got me permission. Jimmy claims that Nora told him I was the first person to do that and she had to convince Leventhal that it was a good idea.

G: Great story. I guess I never realized how big a Woody Guthrie fan you are.

SC: Oh yeah. If you had asked me 20 years ago if I’d get a tattoo, it would be Hank Williams on one shoulder and Woody Guthrie on the other. 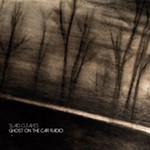 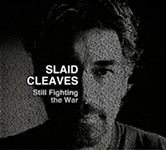