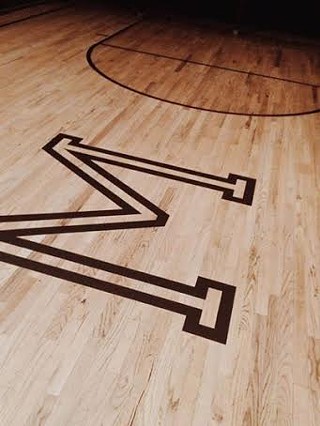 The property at 2015 E. Riverside, the former Antone’s, which closed officially on Jan. 1, will soon reopen as Midway Field House under the leadership of Austin music club veteran Jason Sabala.

If it wasn’t hinted at by the name, Midway Field House’s throwback décor will combine the classic elements of an arcade and sports pad. Playable entertainment will include ski-ball, shuffleboard, and dome hockey. A jumbo TV screen onstage will show sporting events.

Sabala, the longtime Emo’s manager who also managed Antone’s in its Riverside incarnation, also owns the Buzz Mill, a popular coffee house, bar, and music venue just across the street from the other two buildings. Key partners in the business are Mike Pedraza and Ross Bennett .

Sabala hopes his new watering hole will be common ground for the disparate cultures of East Riverside: blue-collar families in the apartments on the south side of the street and residents of the fancier apartments to the north. Both those populations, he estimates, enjoy beer and sports.

Like his lumberjack-themed Buzz Mill, which features a decidedly rustic design, bins of Lincoln Logs, and a Sunday flapjack breakfast, Sabala’s Midway Field House is concept heavy, in this case leaning on the pageantry of collegiate sports. The dance floor has been painted with a free throw line where select patrons will shoot baskets for a chance at a free meal or a round of discounted drinks.

The walls are being adorned with pennants, jerseys, banners, and trophies for a fictional team called the Midway Bulldogs. Food will include ballpark-style concessions like pretzels, peanuts, and nachos. Stony’s Pizza will also be setting up a brick and mortar kitchen to add to the stadium-infused menu. Sabala nonetheless bristles at the term “sports bar.”

“It’s none of that Hooters bullshit,” he declares. “There’s a lot of people who want to go watch a game, but they don’t want to go to a bar where there’s some guy in a Patriots jersey screaming at the TV. This is for them.”

Midway Field House launches Super Bowl Sunday, Feb. 2, for a soft opening and continues as a work-in-progress until its grand opening on the first day of baseball season, March 31.

Sabala’s longtime boss Frank Hendrix sold Antone’s in November to a consortium of investors who are currently shopping new locations for the iconic blues brand. Hendrix and his partners still own the lease and liquor license for the building at 2015 E. Riverside, which facilitated a quick transition for Midway Field House. The new owners of Antone’s have told the Chronicle in the past that they plan on having Sabala be their general manger when it reopens. 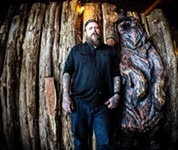 Abbott Reopening Plan Allows Businesses, Including Restaurants, to Increase Capacity to 75%
Bars, except those adapted to be restaurants, remain closed