This Is No Depression

Another look at Lone Justice, Uncle Tupelo, and some blues

In every decade since the Seventies, there’s been a roots music revival of some sort. Two new reissues sound off with the best of it in the Eighties and Nineties. This Is Lone Justice captures the influential Los Angeles band at its infancy, while Uncle Tupelo’s No Depression spawned an entire industry.

Titled This Is Lone Justice: The Vaught Tapes 1983, its 12 songs demonstrate the spunk attracting them to those who liked country spiked with loud guitars and frantic rhythms. Later on, it attracted Geffen Records. Eighteen-year-old Maria McKee howls like an over-caffeinated Dolly Parton and the rest of the band – guitarist Ryan Hedgecock, bassist Marvin Etzioni, and drummer Don Heffington – blast a version of twang that came to be dubbed cowpunk.

Recorded live to two-track with respected L.A. engineer David Vaught at the helm, it’s a mix of originals (McKee’s strutting “Cactus Rose” stands out), and covers (check the punkabilly rendition of Merle Haggard’s “Working Man’s Blues”). Mostly, it captures a band at first flower with something to prove. Lone Justice recorded two albums before going their separate ways without having approached the success they deserved.

Detailed liner notes by veteran music journalist Chris Morris illuminate the proceedings well. 1999 saw a great overview of the band’s career in The World Is Not My Home, a few of whose tracks appear on The Vaught Tapes. Yet this new release serves equally well as a jumping off point to explore one of America’s undervalued bands.

The bands may have made their mark in different decades, but listening to early Uncle Tupelo and early Lone Justice back to back it’s remarkable the similarities they share: an affection for country music and its themes of bedrock America, but filtered through a punk rock lens that’s electrifying. Released in 1990, No Depression, the latter’s debut, galvanized enough flannel-wearing, guitar-wielding, long-haired kids from middle America to engender a genre known as alt-country.

The new reissue, labeled the Legacy Edition, features a pair of CDs with 22 extra tracks beyond the original baker’s dozen. The big attraction for fanatics will be the Not Forever, Just For Now demos from 1989, a tape that garnered the band national attention and with it a record deal. It’s only 10 songs, but it points the way to Jay Farrar, Jeff Tweedy, and Mike Heidorn possessing unusual chemistry as well as a singular way of melding country and rock.

Throughout, the Illinois trio slips easily between raucousness reminiscent of the Replacements (“Graveyard Shift”) and getting back to basics (the acoustic title track, originally made famous by the Carter Family). With more than an extra hour of music, the Legacy Edition will be difficult for anyone who loved the original to pass up.

Blues lovers should keep their eyes and ears open for upcoming box sets from Mike Bloomfield and Johnny Winter. Best known for his work with Paul Butterfield and Bob Dylan, the former’ box, From His Head to His Heart to His Hands, contains a trio of CDs and DVD of his influential and innovative guitar work during the Sixties and Seventies. The audio-visual portion screens a film that accurately and concisely portrays his life and importance in the pantheon of guitar gods.

Texas bluesman Winter gets an equally enticing box, True to the Blues, which covers his entire career and celebrates his 70th birthday next month. Four discs travel from Houston to Woodstock and back with appearances from not only his brother Edgar Winter, but originals Muddy Waters and James Cotton, as well as latter-day guitar heroes Derek Trucks and Vince Gill. Both boxes drop in February. 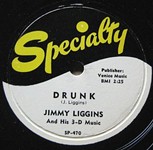 The Drink/Drank/Drunk Issue: Drinkin' Songs
Music and booze go together like Lone Stars and Dale Watson