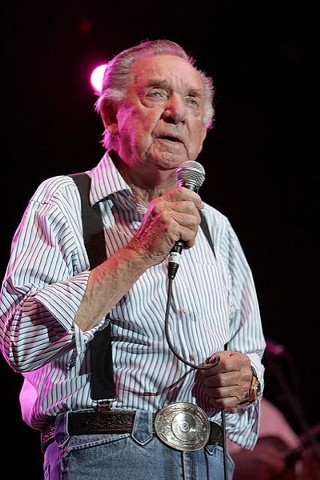 Ray Price performing to a sold-out crowd during Willie Nelson’s Fourth of July Picnic at the Backyard, 2010 (by Gary Miller)

In 1956, there were two songs that revolutionized music: Elvis Presley’s “Heartbreak Hotel” and “Crazy Arms” by Ray Price, who died yesterday at his home in Northwest Texas – Mount Pleasant – after a long battle with pancreatic cancer. He was 87.

Some might disagree about “Heartbreak Hotel” – the King has many detractors these days – but the song cemented Presley and rock & roll firmly into the public consciousness. “Crazy Arms,” meanwhile, gave country music a new rhythm.

Born in Perryville, 30-year-old Ray Price was a C&W veteran by the time “Crazy Arms” hit. A protégé of Hank Williams, he scooped up the Drifting Cowboys after the legendary honky-tonker’s death in 1953, then hired the Western Cherokees away from Lefty Frizell and renamed them the Cherokee Cowboys in 1954. Williams brought Price to the Grand Ole Opry, and Price in turn was among those who brought electric guitars and drums to the hallowed headquarters of all things country. He had major hits, too, like “Release Me,” now a standard.

With “Crazy Arms,” co-written by steel guitar wizard Ralph Mooney to win back his estranged wife, Price instructed the drummer to give him a 4/4 shuffle to mimic steps they’d seen on honky-tonk hardwood floors. The bass player walked all over the fretboard, while massed, double-stop fiddles punctuated the action and Jimmy Day made his steel cry for all its worth. And Nobel Ray Price, son of Walter and Clara Bradley Price, simply owned Chuck Seals’ words to the estranged Mrs. Ralph Mooney:

Now blue ain’t the word for the way that I feel And the storms brewing in this heart of mine This ain’t no crazy dream, I know that it’s real You’re someone else’s love now, you’re not mine

Thirty years later, Ray Price looked up at me from his tour bus couch, whiskey in one hand, orange soda in the other, telling me tales of Elvis Presley opening for him.

“We knocked ‘Heartbreak Hotel’ off the No. 1 spot [on the country charts] with ‘Crazy Arms,’” he grinned.

Where it stayed for a total of 20 weeks. And yes, Ralph Mooney’s wife came back to him.

Price owned country music for years after that: “Heartaches by the Number,” “One More Time,” “Heart Over Mind,” “My Shoes Keep Walking Back to You.” What got to be known as the “Ray Price Shuffle” was even used by Elvis on “She’s Not You.” The Cherokee Cowboys spawned many a future country star as well: Roger Miller, Johnny Paycheck, Willie Nelson.

Come the late Sixties, Price traded fiddles for violins, shuffles for ballads, and his Nudie suit for a tux. For his trouble, he scored a massive hit and a Grammy in 1971 with Kris Kristofferson’s “For the Good Times.”

From the Eighties on, Price stopped having hits. He toured a combination of his honky-tonk and pop hits, occasionally recording and touring with old Cherokee Cowboy Willie Nelson. On one famous late tour, promoting an album Price cut with Nelson and Merle Haggard, the latter turned to the Red-Headed Stranger and informed him that the two outlaws had “just got a singing lesson.”

In the past year, Price withdrew from the road as he battled cancer. Last week, it was announced he was in hospice care and refusing further treatment. Following false reports of his death on Sunday, he died Monday, Dec. 16, at 4:43pm CST.

“Check back in 63 years,” he famously scolded Blake Shelton last year after the modern country loudmouth whined about “old farts” in country music, instructing him to “let us know how your name and your music will be remembered.”

Ray Price will be remembered, even in 63 years, as a honky-tonk hero and countrypolitan pioneer who revolutionized the sound Shelton vulgarized.

For now, of course, blue ain’t the word for the way I feel. 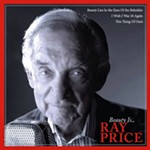 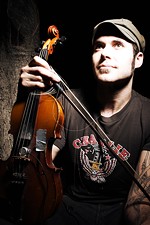