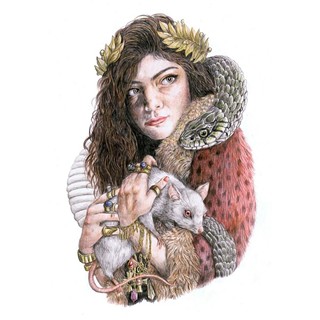 On Monday, Britney Spears turned 32. When her “Oops... I Did It Again” was released in 2000, she was 18 and I was in elementary school. My dad came to the talent show that year, and there was a troupe of plaid skirted girls in white crop tops and fuzzy, hair-tie ponytails emulating Britney’s schoolgirl outfit and lip syncing the song. His jaw dropped.

Lucky for him, that year I made a decidedly unsexy Janis Joplin. Always the daddy’s girl....

Today’s elementary schoolgirls have Selena Gomez, Ariana Grande, Demi Lovato, and reigning queen Miley Cyrus as their generation’s oversexed teens. Progress grinds ever so slow sometimes. Taylor Swift remains a rare example of the young female musician with a squeaky clean image – both adorable and irritating – but at least that’s a positive example for her demographic.

This year, which found Ms. Gomez graduating to red leather fringe skirts and shaking her stuff at Dallas Cowboys’ game, there’s been a disruption in the teen-pop discourse. It arrived in the form of a college radio single that shot up the most downloaded charts. A throbbing, bare bones afterparty anthem chronicling the low-budget party girl lifestyle.

That, of course, was Lorde – shortened from Ella Maria Lani Yelich-O’Connor – who gave us “Royals.” The song cleaned up at her native New Zealand Music Awards, winning in each of the four categories she was nominated in. Not bad for a 17-year old.

On third single, “Team,” which released its intoxicating video this week, she delivers the same mainstream contra (“I’m kind of getting over getting told to throw my hands up in the air/So there”). It’s the first time there’s been a teen mega-star outside traditional pop since Avril Lavigne put out Let Go in 2002. With a wild mess of dark brown ringlets, a sharp jawline, and elongated facial features, Lorde’s as far from the traditional teen star in looks as she is in sound.

Not that she won’t present problems as an anointed role model for girls. She’s dating a man eight years her senior, for starters. And the aforementioned “Royals” arrived highly criticized for the perceived racial undertones in its chorus (“Gold teeth, Maybach, diamonds in your time piece”). Just teenage silliness, right?

She’s talented, though. It’s a refreshing change of pace to see a girl resting comfortably in her age, and as a self-proclaimed feminist to boot. Hey, it beats Miss Toxic. 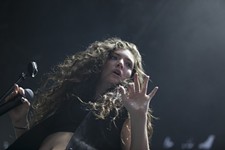