Young UK singer sells out Sunday night at the Parish 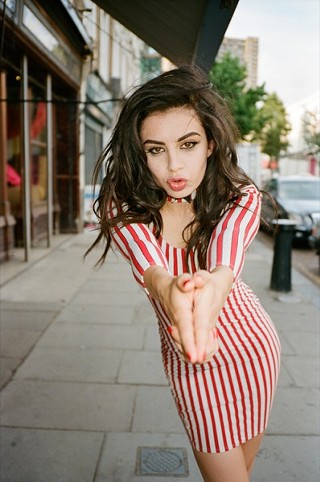 Charli XCX’s new hit single “Super Love,” whose video was filmed in trendy Tokyo, climbs the charts by the week. And unless you’ve been on a deserted island for the last year, it’s impossible you haven’t heard Swedish pop sensation Icona Pop’s “I Love It” everywhere. The infectious, happy club beat was penned by Charli.

The story behind the mega-hit is simple says the UK phenom, arriving Sunday night in Austin for a sold-out show at the Parish.

“We played it to them. I didn’t want it and they did. They sung over my vocal and added their own little tweaks. The rest is history.”

Now in her early 20s, Charli’s been collecting superfans since she broke out at 14 years of age. Since then, she’s been “living in a constant state of excitement and always feeling a rush,” which her energetic music imbues.

“I was discovered by this East London rave promoter. I was putting up my songs on MySpace and he contacted me and asked me to come and play at his parties. I kind of fell into the club scene and everything went from there.”

Her musical tastes are varied not just in genre but eras:

“When I began seriously making music it was all of the Ed Banger artists, like Uffie, Justice, Feadz, Sebastian, people like that. Also a lot of Eighties pop like Ypau and Martina were really inspiring me whilst I was making my record True Romance. Right now it’s a lot of Ye Ye pop of Sylvie Vartan and France Gall.

“I’m very inspired by Paris in the Sixties right now.”

As demonstrated on True Romance, her debut full-length for Atlantic Records this year, Charli’s music filters down into straight-ahead pop. She calls it “experimental pop.”

“I used to write a lot of stories in school when I was in London. I love London, but I don’t write in London much. I mainly write in Los Angeles now and Stockholm.

“Sometimes it’s hectic, but everything’s always so hectic that I never really have time to think. This is what I love, so it’s amazing. It feels like being in the movie Almost Famous or something.

“Except I fell over,” she laughs, “but that kind of made it more memorable. And I recently played at Irving plaza in New York and that was amazing. Everything just was so perfect.”

While she can’t imagine being anything but a singer, she might have tried out ice skating as a profession. She loves the outfits. Her long term goals having just hit her 20s?

“To be happy. To make music that’s important. To always be kickass.” 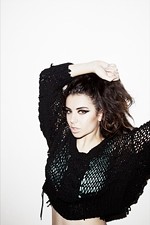