Psychedelic noise outfit ThinkNoThink continues making a name for itself thrashing and belting on Red River. Forged in the now-boarded up confines of Club de Ville, and possibly the final result of the community of musicians who loitered there, they exhibit an urgency derived from singer John Dowey.

Aesthetically, Dowey’s a spot-on mix between Jimi Hendrix drummer Mitch Mitchell and Thurston Moore, with an electrified red ‘fro and an olive drab army jacket always on. When he sings, a piercing tone reminiscent of the Mars Volta’s Cedric Bixler-Zavala comes careening out.

Dowey looks particularly excited as he shows me his newly released single, out via BooBo Records. He designed the artwork for the 7-inch, and takes care of most of the graphics for the upstart label he had hand in starting.

A few minutes later, he’s onstage leading ThinkNoThink, which began playing together locally in 2011. The band, which includes drummer Nick Bakke and bassist Joe Pannebacker, sounds like an Everly Brothers if they’d grown up listening to the Fall. They recently received word that they’ll be joining Black Joe Lewis on the road this fall.

Austin Chronicle: I just read Steve Albini’s letter to Nirvana written before the In Utero recordings. There’s a line: “If it takes you more than a week to record an album, you’re doing something wrong.” I feel like that’s up your alley as far as recording techniques.

John Dowey: Oh yeah, I’ve done records that took a year. I feel like they came out wrong, and now I have a stack of records sitting in my house to prove it, because I feel they shouldn’t be put out. The music we just recorded, and everything we’ve done since, was done in a day or two days. We would do five songs a day, but we switched members a lot because I’m super picky. That’s contributed to the wormhole of sound we’ve been going down, because you get the chance to decide what you want in the end.

AC: I always break that down to the two schools of thought between the Beatles and the Kinks. If you listen to the Beatles demos from around 1967-68 and the records the Kinks put out in the late Sixties, like Arthur or The Village Green Society, you can hear that they’re almost the same band writing similar songs. But where the Kinks decided that the song was finished, the Beatles weren’t satisfied and refined it. I feel like that’s a dividing line in the way bands approach the studio.

JD: I would call myself more of a Kinks fan than a Beatles fan, and I definitely draw that line. The way I’ve done it is that I obsess, but I obsess in the practice space and really make everything tight. Then we can destroy that live and when we’re in the studio.

AC: Where else do you draw your sound?

JD: Lee Ranaldo and Thurston Moore from Sonic Youth. Nels Cline is a big guy, too, and a lot of noisier things. Strange enough, and I don’t know how, but I just heard the Modern Lovers, and they’ve influenced every band I love. They just slipped by. It was one of those things where Nick [Bakke, drummer] put it on and I was like, “Who is this?” and he said, “Are you joking, asshole? This is the Modern Lovers. I thought this would be your favorite band.” It kinda knocked me down a notch, but I was like, “They are now.”

Also, the Pixies, big time, and Joey Santiago is a big guitar influence. They were my first concert. We snuck in to see them at the Uptown Theatre in Kansas City and told them we were from Omaha and we forgot our tickets in Omaha and we drove all that way. I don’t know why they bought it, but they let us right in.

AC: How hard has it been to get attention in the Austin scene?

JD: One of my all-time favorite bands is Sonic Youth, and the only reason they had anyone write about them is because they started writing about themselves and making hand-drawn album art.

We do a lot of that, too. Image is something you really struggle with, and every band has to figure that out. Even bands that try to act like they don’t have an image, well that’s your image. But needing a scene surrounding you to project some sort of sound is needed sometimes.

Alex Maas of the Black Angels has been a huge influence. He’s come see us and supported us. We all went to Psych Fest this year and got to see all these great bands that influenced us and that we’d never get the chance to see without that scene coming together. I got to see Clinic, Goat, the Moving Sidewalks, Nightbeats. It’s funny you can not know it exists otherwise and then it comes out of the woodwork.

Austin does have a kind of bland and shapeless aspect too, but it goes to show what you can do with it if you work all the resources like Alex does. There are plenty of reasons to complain about this town. Plenty of people do. I think we need to make a collective effort to stop complaining and start putting out things that will change it. Because if you’re not making music that’s awesome or doing your own art or shows I don’t really feel like you have a right to complain at all. If you’re just going to spectate you’re just picking up on what other people are putting down. People are starting things here, and it’s small, but that’s how everything starts.

ThinkNoThink plays tonight at Mohawk with the Ripe and znth; Friday at the Continental Club with What Made Milwaukee Famous and Tacks the Boy Disaster; and Wednesday, Nov. 20, at Holy Mountain with Phantom Lakes and Hola Beach. 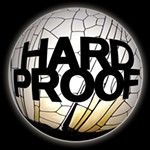