Hip-hop blowout and blown out

They tried. And everyone involved should be duly commended. With Deltron 3030’s 16-piece orchestra prepping the Blue stage for 6:30pm, FFF organizers tried to defy odds by throwing Action Bronson sub Killer Mike onto the festival’s half-pipe – a ploy too complex to play out. Sometimes that generator simply won’t charge up.

The big-bodied Atlantan sauntered up to the 13-foot installation ready to roll, an adoring crowd huddled around the pipe’s northwest corner like they were waiting for a New Year’s ball to drop. 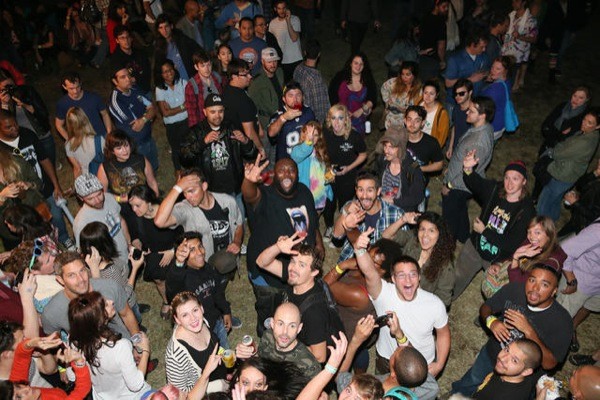 “I just smoked some great weed,” Mike said from behind his DJ’s deck, stressing the strain’s local roots. “So if I forget a few words, you got to back me up!”

Everybody only had a few seconds to help out. The makeshift sound system Mike was working through cut out within the first 16 bars of “Big Beast,” leaving he and tourmate DJ Trackstar with no option but to work through a few verses a cappella then start plotting for an aftershow, eventually held at Red 7.

“I’m gonna come down,” Mike announced to his audience, who probably would’ve stood and watched the rapper kick it with bystander skaters for the full 45 minutes if he’d wanted. “We can smoke weed and take pictures.”

Not a bad consolation.

Deltron’s lavish stage arrangement proved worth it. The cultish California trio – a coalition of Del the Funky Homosapien, Dan the Automator, and DJ Kid Koala – arranged strings, backup singers, horns, guitars, and drums for their 50-minute slot, which – save for a late run-through of the Gorillaz’s “Clint Eastwood” – danced around the group’s eponymous 2000 debut and September’s Event 2 follow-up.

Orchestral backings are sweet, and should be employed more often by rappers who can afford it, especially if that orchestra’s being brought in to produce funky science-fiction breakbeats and not Jay Z’s “Empire State of Mind.”

The players gathered around Del limited the Hieroglyphics founder’s ability to bop around the stage. 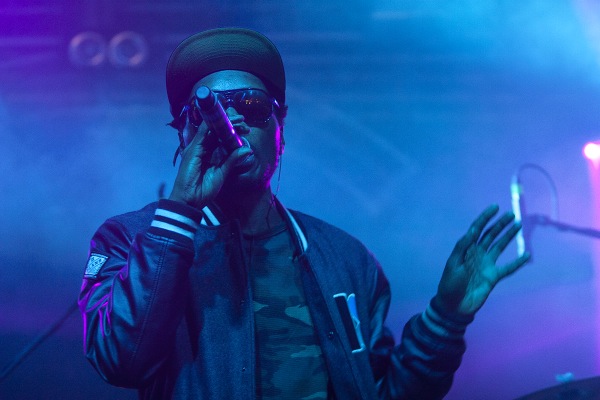 Yet Dan the Automator – dressed to the nines in a tuxedo – serving as orchestral conductor, acted as emcee between songs. And the live instrumentation, not to mention the energy each player provided, allowed the crew’s more intricate productions (“Nobody Can,” “Melding of the Minds”) to shine through with a type of clarity the Blue stage hadn’t seen all weekend.