Those heading to Club de Ville last night were turned away in cold fashion. As of 9pm Friday evening, anyone stopping into the Red River bar, hangout, and live music venue was greeted not by a doorman, but by a hand-written sign on the door: “Closed temporarily for emergency repairs. Sorry for the inconvenience.” 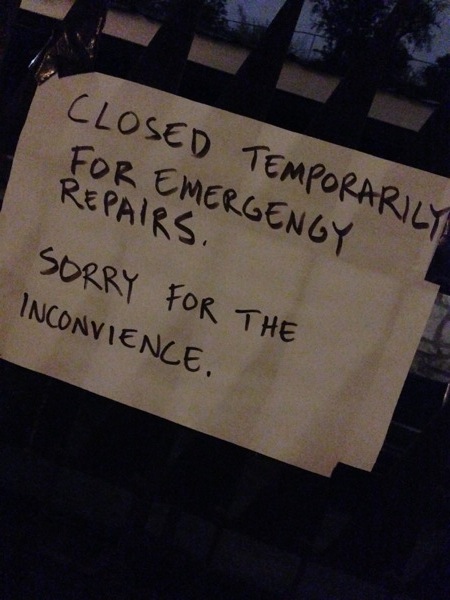 Club De Ville’s situation appears similar. According to notices posted on the venue’s front door – and confirmed by Terrazas this morning – rent on the premises hasn’t been paid since July, with the balance owed having climbed to over $27,000. In accordance with the Palo Verde Group, LLC’s lease agreement, landlord Vince and Tracy Rawl Revocable Management Trust earned entitlement to change the locks on the doors and did so.

“Landlord has applied Tenant’s security deposit of $1,500.00 towards Tenant’s balance,” reads the notice. “There remains an additional balance due of $26,230.63 consisting of $24,730.63 for accrued amounts due through the date of termination and $1,500.00 in attorney’s fees and other costs and expenses incurred by the Landlord in enforcing its rights under the lease.” 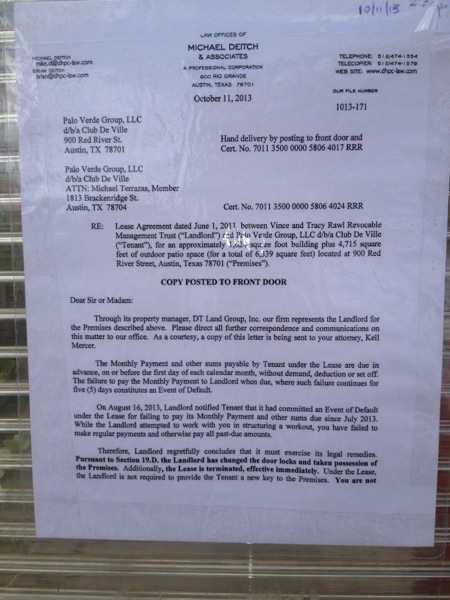 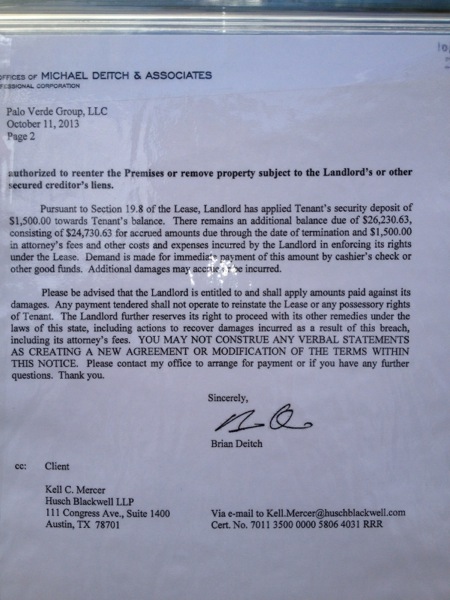 In recent years, Club de Ville has doubled as a widely beloved but criminally underserved hangout whose picturesque rock wall backdrop made it – personally – the setting for some truly memorable shows. They recently contracted Ruta Maya and Sahara Lounge booker Jennifer Marchand in an effort to alleviate the workload on Club do-it-all Will Rhodes.

Terrazas told the Chronicle there’s “a plan” to reopen Club de Ville at a later date, but he didn’t specify what that was, or make any hint as to when it would kick into action.