Remembering why they do this in the middle of Germany 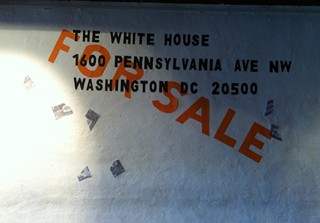 Forget not where you are. The gravity of history here in Germany weighs heavy. Accept it and learn to move on. Values ingrained into the German people who still hang onto the guilt – something America lost a long time ago.

October 9 approaches. With it, the anniversary of the fire and loss of our friend and founding member Jon Pettis. It’s been four years. By now I’ve known Jon longer as a ghost than as a man.

I still feel his laugh, and I’m easily brought to tears anytime our bandmate Blue Mongeon sings “Rice.” We are a broken family trying to live up to something greater than our many parts, a feeling that comes flooding back midway through our first acoustic show in Gottingen.

We’ve barely prepared an acoustic set for this tour, and this is only the second time we’ve ever played such a show – an intimate room with no mics and no PA. The band and crowd all sitting on the same level gives us a chance not only to talk at the audience, but interact.

Before playing “Rake” I ask if anybody’s familiar with Townes Van Zandt. Not only are most aware, but an older gentleman had seen him preform weeks before his death just outside the town square. He points me in that direction, and that night I stand on the same steps, playing Townes’ songs. A little bit of Austin in a very foreign land.

Onto Jena and I feel we’re being tested. Our schedule, tour route, and this nightmare of a load in/load out are like someone’s cruel joke over at the label. The stage is three stories down, beneath the ruins of an old city-state wall held deep within a repurposed wine cellar. Two ways in, neither of which looks easy: down a deadly staircase with low overhangs, barley suitable for walking much less hauling gear, and up a spiral staircase that looks like it never ends. We’re strong and willing, but exhausted and in desperate need of a day off.

Afterward, it’s back to Hamburg, headquarters of our German label, Grand Hotel Van Cleef. A little familiarity goes a long way, and this tour, we’ve made this town our home. Much like Austin, Hamburg holds too many people with not enough places to live. Historic venues are shut down to make way for high rise condos. Molotow, the Raul’s of Germany, will one day soon share the same fate. A free show and packed room reminds us all of the White Horse, save for Denis O’Donnell, T.W. Samuels whiskey, and the excess broken glass.

An hour north of Hamburg lies a small coastal town named Husum. After three hours on the Autobahn, we arrive at Speicher only to find oversized dollar bills ripped and glued to the door around a stenciled lettering of “For Sale.” This place is a ghost town at night, and we’re shocked to find more than 100 people crammed in the small room by the time we take the stage. Turns out this is the most demographically mixed crowd we’ve ever played to: comprised of older couples and children barely above drinking age (16). It’s the perfect preamble for what’s to come in Vienna.

Our first headline spot at a “festival” isn’t what I expected. For one, the fest is for beer, not music. Ottakring, a five-story brewery, houses the event with four rooms of music crowned by the 1,000-person capacity hall in which we set up. Kids with fermented blood and lust-filled hearts jump around from room to room, not sure why they’re there or who they’ve come with.

This week has been enlightening and revealing as to what it will take to be a professional band. Some of us are built for this and others will reflect heavily on the future. We will do so as a family remembering where we are, how we got here, and why we do this.

Better Off With East Cameron Folkcore
Planet Earth at its worst, ECF at their best