The Commodore sails in ACL history

Lionel Richie is a godsend. His teeth are perfectly white; he must have 48 of them. And when he smiles, you can see each and every one. The 64-year-old’s an unstoppable force scoffing in the face of the immovable object that is time. Challenge him for a moment: Lionel could go “All Night Long.” 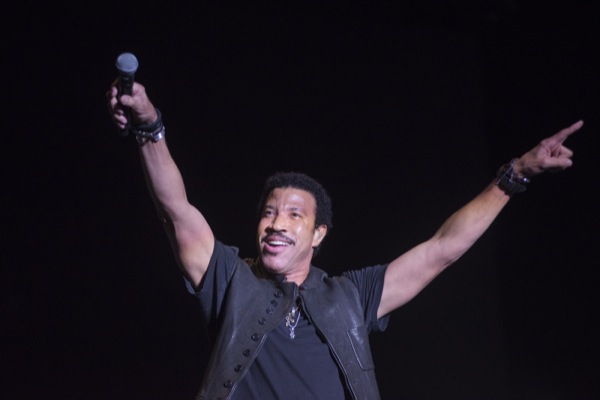 “We gonna remember three things,” he announced early in his fast-paced, tight-as-it-gets tour of the Tuskegee titan’s silky smooth career. “Where you were, what you were doing, and who you were doing it with.”

Then he commenced a rousing rendition of “Easy” from the bench of a black Grand Illusion piano.

Richie sent a karmic kick in the keister to anybody who ditched the Commodore to see Thom Yorke’s Atoms for Peace, ragging on their collective asses by reminding his estimated 35,000 fans that he’s got 45 years of songs to spread to all the mommas and babies in the house.

There ain’t enough space on this website to list the jams Lionel laid down Sunday night. He hung all the hits (“Endless Love,” “Ballerina Girl,” a massive “We Are the World” sing-along to close out the night), flashed his own favorites (“Dancing on the Ceiling,” “Running With the Night”), and dug down into the Commodores (“Brick House”).

He packed the star power of Stevie Wonder with the showmanship of Kanye West. It was the most exhilarating ACL headliner we’ve seen in years. 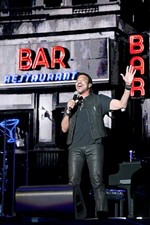 Lionel Richie, ACL Fest 2013, Commodores, We Are the World, Atoms for Peace