Max Frost makes hip-grinding music effective enough to sway a noontime crowd. Though his live set isn’t as smooth as his debut Atlantic Records EP, Low High Low, the 21-year-old Austin native put his rock roots at the forefront on Saturday at ACL.

Leading a nondescript backing band, Frost took us “Sunday Driving,” reining in that Mayer Hawthorne type of crooning with a keyboard refrain recalling Scarface’s “My Block.” On disc, the young local has mastered the art of the fast moving, half-talk-half-singing vox. At the Austin Ventures stage, his voice smacked of blues.

He’s got the guitar skills to match, too. Frost ripped blues notes at full force against an R&B-funk fusion that suggested he grew up on a healthy diet of Stevie Wonder. That the 40-minute set introducing many locals to the young local careened through rock and soul and blues with a bit of hip-hop without much coherence mattered less than the first glance everyone was getting.

“This one’s on the radio,” announced Frost as he switched to an acoustic guitar, eliciting cheers before he strummed the first chord of “White Lies,” the tactically placed closer. That’s the skittering, quick-witted single that got him signed to a major label and it was easy to see why. Its dominoes clack quickly into radio land.

Live, its hip-hop was diminished – lost to the traditional band set up. Regardless, it was danceable. Frost ended with a grin. He’s got big things ahead. 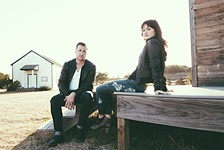 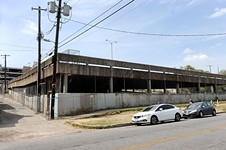