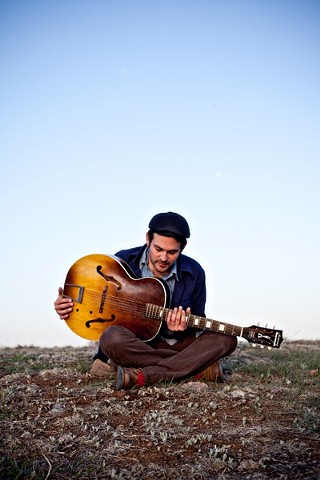 I first met Gregory Alan Isakov a few years ago at Flipnotics during South by Southwest. It was through a close family friend from Boulder, Co., where Isakov calls home. His smooth, warm vocals, matched by his complex lyrics without booming instrumentation, filled me both solace and a peaceful happiness. Expect both Wednesday at the Parish.

His songs are about the daily miracle of life in its simplest and most heartbroken terms, yet they sparkle with hope. Isakov’s new release, The Weatherman, comes inspired by short stories and poems he’s been working on for the past several years.

“If I Go, I’m Goin’,” which made it into Showtime hit Californation, sealed the deal for me personally. He sings, “I will go if you ask me to. I will stay if you dare. If I go, I'm goin’ shameless. Let my hunger take me there.”

Isakov’s music is a quiet beauty that has your toe tapping with lyrics reaching the depths of Guy Clark and Townes Van Zandt if those legends had done folk pop. In “Second Chances,” he sings, “If it weren’t for second chances we’d all be alone.” His songs tap feelings we maybe didn’t know how to express: “She’s a half-written poem. She went out for cigarettes and never came home. I’ve just come to talk, St. Valentine. You’ve tried and you’ve tried, but you can’t call it home.”

Isakov grew up in South Africa, the son of an engineer. He listened to his father’s collection of old folk records, his favorites being Leonard Cohen and Simon & Garfunkel. He’s been writing songs since high school.

“I never thought of playing full-time,” he admits. “I find myself now staring up and feeling so amazed that I actually do this full-time. It makes me feel 15 again, but like the cool version of myself at 15.

“I’ve never been good at sitting down for too long,” he adds.

He dropped out of high school, deciding to travel through the Middle East, and came back to the United States to walk the Appalachian Trail. At 19, he began what he calls his love affair with plants.

“I moved to Boulder to study horticulture and I’ve been there since. I worked at farms and had a landscaping company for about five years in Colorado, turning people’s lawns into perennial and vegetable gardens. Playing music was always something that I did at night, or in the morning before work. It was a part of my day like eating dinner.

“I used to go on tours in my truck during the winters, playing through Wyoming and Montana up to Seattle, at coffee shops and bars. I just started saying yes to anything and everything I could. Any opportunity to play. And man, there were some weird ones – bowling alleys, breakfast places, even college cafeterias.

“One time, my dad was visiting me. I drove him a few hours to Southern Colorado to play a biker bar. There were about nine people in there. On the way home, he said, ‘So you really must love this’ and I said, ‘Yes, I do.’”

Pretty soon he met his current manager Sarah Goodman and started his own label, Suitcase Town. I was particularly moved by Isakov when I asked him about songwriting:

“I don’t think writing is something I can master,” he replied. “It’s not an evolution. It’s that time sitting alone at night, being honest with yourself, and noticing the world in a new way.” 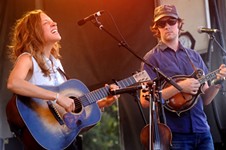 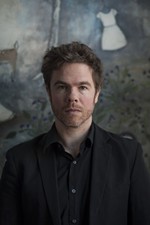 Josh Ritter’s Hungry
With ambition, for songs, and quietly at the Moody Saturday