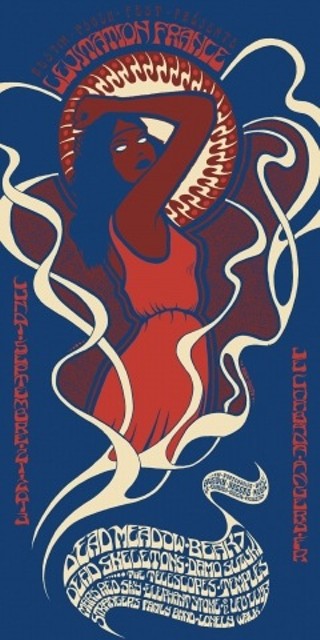 Though Psych Fest 2013 might be a case of déjà vu for locals, the first annual French iteration kicks off tomorrow. Levitation France, a two-day music festival in Austin’s sister city Angers, features 18 acts from seven countries. The Black Angels made the trip to the Loire Valley to translate Austin psych and close out Friday’s shows.

Levitation happens on two stages at Le Chabada, which the space’s co-director François Delaunay compared with a slight laugh to Emo’s. Le Chabada, unlike its Austin counterpart, operates as both a publicly-funded cultural center and private institution. At a 900-person capacity, it’s the largest venue in Angers. Tex-pats Night Beats and the UFO Club join the Black Angels as veterans of the 2013 festival in Austin.

“France found psychedelic music a little later that England and Germany, but that’s starting to change,” offered Delaunay in French via Skype. “This year there were lots of French groups who were doing psych music. If it’s going to root itself and become very important through the years, I don’t know.”

If it’s up to Austin’s Reverberation Appreciation Society, the psych will stick. Alex Maas of the Black Angels and Psych Fest organizer Rob Fitzpatrick partnered with Le Chabada and Austin-Angers Music, an organization that seeks to promote the cultural and economic links between the cities through music. It was this project that sent White Horse regulars the Moonhangers (“real country,” according to Delaunay) to Angers two weeks ago.

“Alex and Rob think it can become a European festival,” says Delaunay. “Not just Angers, not just France, but a true European festival. I want this project to strengthen the bridge between Austin and Angers. We want to have a constant relationship with the music industry in Austin, not just for Psych Fest and not just for South by Southwest.” 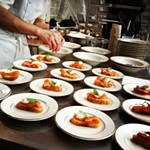