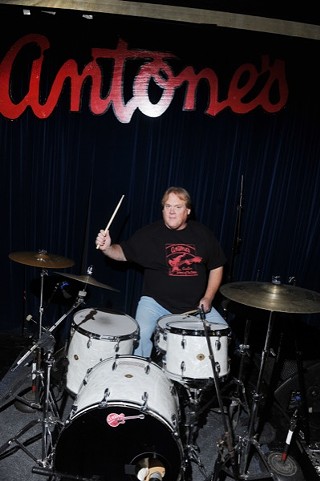 Frank Hendrix in January, when Antone‘s was still in the warehouse district (by John Anderson)

Frank Hendrix is putting Antone’s up for sale. The local club tycoon, who famously owned Emo’s and took over Antone’s in 2010, confirmed to the Chronicle this morning that he’s exiting the Austin music scene.

“When I turned 53 in August, I laid there in bed and thought about my life,” Hendrix reflected via phone during a long drive to East Texas. “I’m not even going to the shows. I’m not spending time in Austin. I’m not doing the club justice.

“I’m like the guy who runs a doughnut shop. After a while he doesn’t like doughnuts anymore. After all these years, music has changed from being my love to a laborious job.”

Hendrix is driving to Palestine today to shoot the pilot for a reality TV show about oil exploration, which he’s producing and starring in. He’s been commuting there four days a week securing oil leases for companies. Oil money can’t even compare to the music business.

Hendrix insists that Antone’s remains a powerfully iconic brand whose real value lies in its marketability. He noted that he’s received interest in franchising the legendary club name to adorn hotel bars and from T-shirt companies as well.

“I’m too old to mess with that. I need to sell it to someone who will take the baton and run with it.”

Hendrix says that Antone’s, which relocated from Downtown to East Riverside last March, is finally “hitting on all eight cylinders” and is in the black financially. Just last night, in fact, Jimmie Vaughan showed up to pay tribute to club namesake Susan Antone, who was celebrating a birthday. Hendrix confirms that he’s had offers to buy the club, but hasn’t sat down with anyone yet.

Asked whether C3 will purchase it, as they did Emo’s in February, Hendrix replied, “You’ll have to ask Charles Attal about that.” 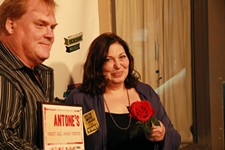