The Rock & Roll Hall of Fame: Men Only

It’s only rock & roll – except for women 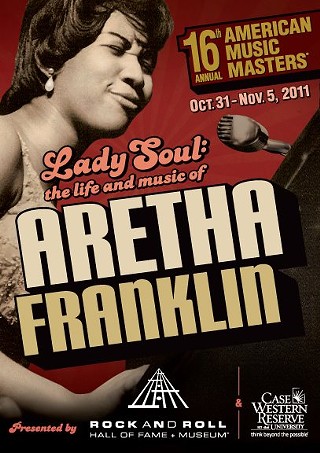 The announcement’s gone out about the week of events accompanying “It’s Only Rock & Roll (But I Like It): The Music of the Rolling Stones,” which fetes the classic rockers for the Rock & Roll Hall of Fame’s 18th Annual Music Masters Series, Oct. 21-26, in Cleveland. While it’s well-deserved, the Hall has only bestowed similar honors on three women.

Every fall, the Rock & Roll Hall of Fame and Museum and the College of Arts and Sciences at Case Western Reserve University “celebrates the lives and careers of artists who changed the shape and sound of American culture.” The only women deemed worthy so far are the “Empress of the Blues,” Bessie Smith, in 2001, cosmic Texan Janis Joplin in 2009, and, most recently, 2011 honoree Aretha Franklin.

Where are the rest? Musical institutions such as Joan Jett and Siouxsie Sioux have been excluded from the Hall completely, and inductees like Tina Turner, Debbie Harry, and LaVern Baker were passed up for the Masters Series. That’s not at all surprising when you consider that the Hall counts less than 50 women out of its 719 total people inducted.

As Evelyn McDonnell noted in her 2011 piece for Salon, “The Rock and Roll Hall of Fame’s women problem,” the fact that the “Women Who Rock: Vision, Power, Passion” series is still a traveling education attraction doesn’t bode well for the breakdown of stereotypes. It means women are clearly still perceived as outside the boy’s club.

Until the Rock & Roll Hall of Fame’s anonymous board of historians starts inducting more women and recognizing them as “Masters,” the true reflection of women in rock history will never be institutionally represented.

The Priests of Syrinx
What’s in a Rock & Roll Hall of Fame anyway?