Donna Hightower knew a singer when she saw one 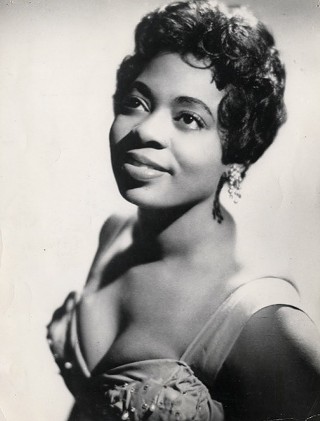 “One thing about Donna Hightower I want people to know, she wasn’t retired.” Ex-Austinite and vocalist Denia Ridley called yesterday from France, the day of Little Donna Hightower’s memorial. The 86-year-old jazz singer died August 20, leaving an international legacy that ended in Austin.

Donna Hightower wasn’t a Texan, but from Missouri by way of Europe, where she lived for more than 30 years. Born in 1926, “Little” Donna Hightower traveled to England for a gig and stayed overseas until moving to Austin in 1990. In 1972, her funky single “The World Today is a Mess” made her a star in France, and shone throughout her career, one that lasted literally until the day she died.

I originally called Natalie Zoe to comment about Hightower, who she tirelessly promoted and had perform at her 50th birthday party. Zoe graciously demurred and pointed me to Denia Ridley, a longtime denizen of the local music scene, from Bad Mutha Goose to jazz. Like her mentor, Ridley finds France the place to be at this point in her life. She carries the Hightower legacy of following her heart.

“I walked into the hotel for Natalie’s party, and this older woman was sitting, holding court, all these people around her. And she’s singing! I had just started doing jazz, totally new. I had very little repertoire. I was using songs from my R&B band and making them jazz songs.

“She looked up at me and said, ‘You’re a singer! Come here and sing with me!

“Well, stranger things have happened and several years later, I ended up singing with Donna six or seven years before I moved to France. I was singing with Marc Devine’s trio and we started working on tunes we could do together. It was the last thing I imagined that day when I walked into the party.

“She would introduce me as her granddaughter. I never let on.

“Donna grew up in the church and sang gospel, but that wasn’t her story at all. She listened to Ella [Fitzgerald] and Billie [Holiday] on the radio, the the Boswell Sisters were her favorites.

“A lot of her personal style came as a result of her grooming by the record labels. Decca and Capitol were like the Hollywood studio system with their girl singers. Like Motown groomed them head to toe. And you could say anyone’s name – Sammy Davis, Jr. – and she’d have a story.”

Ridley paused as she rattled off the names and labels, and sighed wistfully.

“I was born at the wrong time.”