Wilding out on the road, where their moniker precedes them

The name Whiskey Shivers has become ubiquitous enough in the local music scene that I rarely think about its origin. Yet the “oh shit” feeling one gets after gulping down that golden nectar matches Austin’s favorite trashgrass quartet. Both come at you hard and fast, and when absorbed in large bar doses, each guarantees shenanigans.

In the last three weeks, Whiskey Shivers – on the road with fellow locals Wild Child – has introduced the West Coast to its raucous live show. We caught up with guitarist Jeff “Horti” Hortillosa in Portland, Ore., which he said via text displaced San Diego as the tour highlight.

Jeff Hortillosa: Right now we’re in Portland. We’ve been in Oregon the past two days or so. It’s fucking sweet.

Austin Chronicle: How long have y’all been gone for?

JH: We left the 26th. So it’s getting close to three weeks.

AC: Is this the longest tour y’all have undertaken?

JH: We did a month before. Last year, we were gone for the entirety of July and a little bit of August. Before this run, we had a week-long tour of the southeast, then we took a few days back in Austin. This is three weeks, we’ll be back for two weeks, then we’ll have another two weeks. So it’s not all in one sitting, but this is going to be the longest run.

JH: Yeah, super busy. We had a couple of days off in California, which was really cool, but at the same time we were like, ‘Oh shit, we’re not playing any shows right now.’ And L.A. is expensive. The gas sucks. The traffic sucks. The beaches were cool.

AC: Yeah, if you can suffer through the beaches the rest of it doesn't seem so bad.

JH: Yeah, totally. Get some water on ya.

AC: Is there any noticeable difference between your crowds on the road and crowds in Austin?

JH: Oh, totally noticeable. It’s hard to tell city for city. We’re touring with Wild Child right now, so it’s hard to tell if we’re getting into our normal scene. In Austin, people get down and go crazier than they do on the road. Our name has preceded us, but not so much so that they understand that we pivot our act on the live show, you know? The live show is what makes us. In Austin, they get that and they know who we are and they’re there to have a wild time. And they do. Some of these cities are first-run cities, and sometimes I feel like they’re getting to know us by observing rather than actively participating.

AC: Are you seeing cowboys out there thinking they’re going to get a traditional bluegrass show?

JH: Oh no. We haven’t seen too many of them. The crowd demographics I would equate to Austin. The reactions are different, though.

AC: What’s been your favorite stop?

JH: Marfa was pretty cool. That was our first stop. We did the Viva Big Bend festival out there. San Diego was awesome. That was kind of a turning point, because we’d done a series of shows, which were good, but in San Diego they went nuts. That was like an Austin crowd, for sure. They were doing shots and dancing and wilding out with us. Props to San Diego.

AC: What are you plans when you get back?

JH: We’ll have two weeks in Austin, and we have a homecoming show. Then two more weeks on the road. We’re playing in Cheboygan, Michigan – that’s our staple – then we’re going to wind down through the Midwest and the Southeast again. We’re playing with Galactic on that tour in Alabama. Florida, Georgia, Kentucky – all that stuff. Then we’ll be back for a while working on a new album.

AC: Has this evolved into a full-time gig for y’all now?

JH: Yeah, let’s call it that. I call it being “funemployed.” It’s my only job now. I still do guitar lessons. I used to work with the Boys & Girls Club in town, so I still work with them sometimes. [Singer] Bobby [Fitzgerald] still works a temp job. He does landscaping. [Banjo player] James [Bookert] also temps. Joe [Deuce, washboard] does piercing at Platinum Ink. And [bassist] Andrew [VanVoorhees] books for the Buzz Mill and Antone’s, so he can do that from wherever we are.

JH: Yeah, funemployed. I don’t like to think of my life in seasons or a series of months. I’m just like, ‘This will be the hacky sack period of my life,’ or now I want to do little art projects here and there, you know? It’s the dream!

AC: What are y’all listening to in the van?

JH: It’s pretty varied. We have SiriusXM, and we can all bond on the Hits Keep Rolling in the Nineties or the Eighties or the Seventies. We like a lot of Sam Cooke. Tragic Kingdom, the No Doubt album, has come up a few times. Surprisingly, not a lot of bluegrass. That’s not what you want to listen to when you do it for days on end. It depends on who’s sitting in the passenger seat, I suppose. We listened to Chingo Bling the other day. 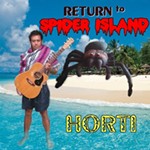 The Good Music Club: Whiskey Shivers
Hoedown live from the ND at 501 Studios