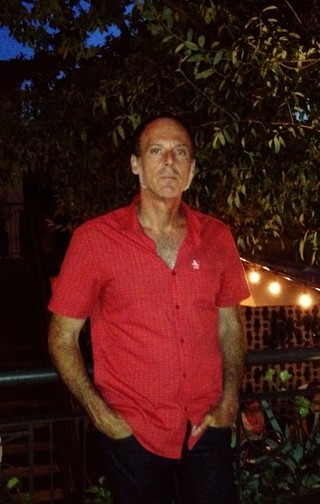 The local rhythm king was 12 when he started playing bass. He grew up to play with the likes of the Dixie Chicks, Jakob Dylan, Michael Fracasso, Ray Wylie Hubbard, the Jayhawks, Johnny Reno, Chris Robinson, Charlie Sexton, Tedeschi Trucks Band, and Joe Walsh. That’s just the tip of the iceberg.

Reiff was one of the first people to hold me when I was born, and played a part in even that as he introduced my parents to one another when he gigged with my dad, Jon Dee Graham.

Fascinated by the bass attraction, I asked the bassist in my band, the Painted Redstarts’ Sam Jackson, how he chose the instrument. His reply remains a constant in four-string evolution.

“I didn’t want to play guitar because everyone plays guitar,” shrugged my bandmate, adding, “and there was a bass in the house.”

Jackson now studies with the principal bassist of the Austin Symphony, Dave Nubert. As it turns out Reiff, ever style conscious, asked his mom for a guitar like Paul McCartney’s. Reiff laughs about his first break.

“[Either] getting to make out with a cheerleader after the high school talent show who loved it when I took a bass solo, or picking up my first gig with great visibility, Joe King Carrasco.”

The thrill has a lasted a lifetime. Best moments reel off easily.

“Jamming with lifelong heroes like Levon Helm or Ringo Starr, and watching the sun rise stageside over 120,00 people in the Place du Concorde in Paris, and losing myself so much during a performance that I literally left my body briefly.”

When playing bass, Reiff says, “I strive to enhance the song however that may define itself. I find a solid pulse that everything can build on. People need to hear the singer, but they need to feel the bass.”

He also used to be a pastry chef and there is a musical connection.

“Once upon a time, I was married to a very hardworking woman. I felt we needed to stabilize the inconsistency of my musical income, so I eventually ended up doing pastry and was rather good at it.

“Baking in a restaurant situation was pure performance art to me, always. Onstage you perform, the show has a beginning and an end. You connect with concertgoers, there’s rapport, connection, a sense of success or failure that’s immediate.

“On a busy Friday night shift in a restaurant, it’s often the same feeling. Desserts change nightly, and you’re only as good as your last creation.”

Reiff’s also now a producer and has a recording studio at home. His advice to young musicians:

“Don’t ever stop trying to improve. Don’t ever let opportunity go unused. Build up your set of skills, whatever they are. Polish like a diamond and work hard. You’ll be rewarded. And always believe you deserve everything you have coming your way.” 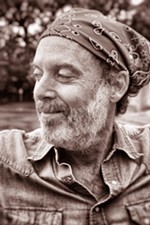