Where Did All Those Kids Go? 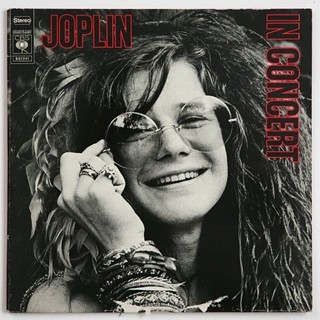 Summer 1968, Janis Joplin and her band Big Brother & the Holding Company arrived in my hometown of St. Louis, Missouri. This was a genuine Haight-Ashbury hippie band playing in the conservative Midwest. Janis was already notorious for having a huge voice and dynamic stage presence: boas, tight skirts, costume jewelry, floppy hats, and wild hair.

Voted the “ugliest man on campus” by a fraternity at the University of Texas in 1963, she wasn’t conventionally pretty. Yet, she was still regarded as a bawdy, outspoken, sexy woman, with her own raw, unique beauty. I thought she was hot.

Her fame was already well-known among the underground in the late Sixties, so many of my friends went to the concert at Kiel Auditorium. Kiel was a big, sit-down-formal concert hall. There were plush seats and velvet curtains, but no room for dancing or shenanigans (like smoking pot, etc...). It was most likely a far cry from the places Janis and her band were used to playing – the Fillmore, Avalon, Carousel, and other S.F. psychedelic ballrooms. Somehow, my best friend Skip and I scooched our way backstage that night.

Suddenly, standing in front of me was Janis Joplin herself. This was my first up-close and personal view of real fame. On the wing of the stage, Skip and I hung out with Janis for a few brief moments in time. I was completely star struck. I was a 17-year-old high school teenybopper standing in the presence of a genuine bohemian queen.

Her soulful, shrill, and gritty singing voice, which I’d only heard on record, was much subdued in person. She said, “Hey man.” She always said “man,” just like on her records. “Anyone got any cigarettes?”

“I’ll go get you some," volunteered my eager co-conspirator, Skip.

Off he ran from the backstage foyer, leaving me uncomfortably alone with the singer. Ummm. I was completely tongue-tied, dumbstruck. What could I say to Janis Joplin? Now was my chance to speak with one of the most famous people in the whole damn hippie movement. Say something cool, I thought: “How’s San Francisco?” “Gee, what’s it like being a hippie?” “I really like that song ‘Down on Me’”!

Nothing ever came out of my mouth.

Everything sounded too insipid in my own mind. True to her own mythology, she ignored me, pacing the floor and drinking straight from a bottle of Southern Comfort. She was bigger than life, an R. Crumb comic book vixen in person.

Skip, unaware of my ineptitude, returned with her smokes. The lucky guy will forever have the good memory of giving Janis Joplin a box of Marlboro reds. The band took the stage at Kiel and played a really stilted, mediocre, and forgettable set at that uptight venue. Everyone knew it was a stinker of a performance.

Due to the contrived performance at Kiel Auditorium, and in the radical spirit of the times – free dope, sex, music (it was a freakin’ revolution!) – Janis and Big Brother decided to do a FREE concert in St. Louis’ Forest Park. This was not show business as usual. Under the old World’s Fair Pavilion, the band set up their instruments, plugged in their amps, and played. That’s the way they did it in San Francisco. Word of the concert spread throughout the city and a privileged crowd of 200 or 300 of us kids showed up.

Due to my previous night’s encounter, I decided I had personal permission to stand up close, right in front of the microphone. There was no stage. The band played right there on the concrete, at eye level with the rest of us. As the music played, joints were passed, and I boldly snuck up in front of Janis’ vocal mic. I was about three feet from her and could have extended my arm and touched the singer’s face. She seemed to recognize me from the previous night, at least in my own imagination.

When she sang, the guttural moans and screams of a possessed woman emerged. Her voice could sound like a softly purring lioness or it could raise to the level of a wildcat in heat. She was the most physical singer I’d ever seen. Janis led the band with her body. She kicked her leg, and the music responded with a burst of power and volume. She clenched her fist, wound her arm like a baseball pitcher, and punched the air toward the crowd, while staccato notes erupted from Big Brother.

Out of her mouth came a century of soul. Blues greats like Bessie Smith, Big Mama Thornton, Odetta, Tina Turner, Aretha Franklin, and even Otis Redding all seemed to be channeled through this frenetic psychedelic banshee. Her face contorted. Her body twisted. She squeezed every single tiny bit of emotion from each molecular note, then she stomped it down into complete submission. The group of us kids who witnessed this performance was in a frenzy. We whooped, hollered, and rocked.

I remember the tune “Piece of My Heart.” When she sang the words in the chorus, “Take it!,” the long, straight-haired guitarist (Sam Andrew) slid his finger up the fret board of the guitar – errrooouwwww! “Take another little piece of my heart!” The music raised goosebumps on the back of my neck. Many of her songs included spontaneous raps to the audience. In a talking interlude she said beatnik stuff like:

“I don’t understand how come you’re gone, man. I don’t understand why half the world is still crying, man, when the other half of the world is still crying too, man. I can’t get it together. I mean, if you got a cat for one day, man – I mean, if you, say, say, if you want a cat for 365 days, right? You ain’t got him for 365 days, you got him for one day, man... If you got it today you don’t want it tomorrow, man, ’cause you don't need it, ’cause as a matter of fact, as we discovered in the train, tomorrow never happens, man. It’s all the same fucking day, man.” (Janis Joplin from “Ball and Chain.”)

This kind of psychobabble, spoken directly to us as though to close friends, joined all of us into the gut-wrenching drama of her songs. Janis Joplin was spellbinding.

After pouring out her feral heart, she clutched the knees of a final stanza of a song and begged it never to leave her. Janis put more emotional energy into her music than any other female singer I’ve ever seen. Her performance literally made my jaw drop. After every show, she must have been completely spent, because she poured herself into the music. Too bad she checked out so early. On my 19th birthday in 1970, she left us. I’ve been a lifelong fan.

Forty five years later, I attended a show at the Zach Theatre in Austin. The theatrical performance was called One Night with Janis Joplin. The show’s billed as a musical journey celebrating the inspirations of one of rock & roll’s greatest legends. It was a colorful concert of her greatest hits. This year, Janis would have been 70.

The show and the music was really very good. Great band, great singer(s). The production’s now headed for Broadway. The main actress has the mannerisms of Janis down well. If I squint my eyes, without much imagination she looks like the real thing.

The band was tighter and bigger than the original Big Brother. The cheap, long-haired wigs and sideburns that some of the musicians pasted on added a realism to the time travel experience back to the Sixties. Today’s sound systems and technical theatrics are also much improved since I first saw Janis. It all combined to make this show a great retrospective to me. Janis Joplin never sounded so good.

Just as Janis had done years earlier, the star got the crowd moving to the music. The crowd was standing, dancing, cheering, clapping. Great energy and response. The music and the memories were electrifying to me on several levels. Like the great concert I witnessed, this too became a joyful ruckus.

During most concerts, I often turn around and look back at the other people in attendance. For me, the audience is always a big part of any show. I like to see the reaction of others. Are they as excited as me? Are others into this music like me? The One Night with Janis Joplin audience was clearly digging the music.

And yet as I looked at the crowd, I was struck by how old everyone at the theatre looked. People in fancy clothes, with white hair, wrinkles, and holding cocktails had replaced hippies with blue jeans, long hair, freckles, and weed. Many had the same gleam in their eyes that I saw at that concert with Janis decades ago. The music still made the same magic. But, I couldn’t help wonder, “Where did all those kids go?” Piece of My Heart
For me, Women’s History month means Janis Joplin