You Make Me Wanna Shout!

An abbreviated playlist for the second special lege session 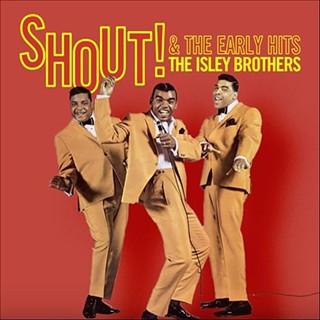 Yet as we barrel toward week three of special session redux, the legislature’s still legislatin’. Happily, we’ve got the perfect abbreviated playlist to soundtrack it. Just don’t blast it in the gallery.

While our last playlist prepped our well-coiffed governor for the saddle, this ode shows him trotting into the sunset. Perry announced Monday that he would not seek reelection, ending a seemingly inexhaustible reign.

If I could score the end of this Western, there would be utter silence as the heels of Perry’s snakeskin boots clicked across the marbled rotunda one last time. The evening sun bounces off of the Capitol’s polished dome as he pushes open the door and stares fondly over the manicured lawn. Legislative aides appear around the corner, leading a beautiful, tan quarter horse.

“Hey there, Alfonso,” he quips to his steed, swinging up to the saddle and simultaneously procuring a sparkling white Stetson. “Let’s ride.”

As Alfonso starts a slow trot, Waylon Jennings’ voice swells: “I’ve always been crazy.” Perry sits tall as the steed heads for the White House. As the pair edges out of sight, the distant sound of a gunshot and a squealing coyote fade with Waylon’s croon: “I can’t say I’m proud of all the things that I’ve done.”

What’s the matter with your life? Why you gotta mess with mine? Don’t keep sweatin’ what I do, ‘Cuz I’m gonna be just fine.

This ass-kicking girl power hit remains a favorite of mine at karaoke. It’s all distaste for people prying into personal affairs, something I think many members of the House and Senate need to reexamine.

I want to hand deliver it on a CD to each and every one of the Republican legislators with a not-so-nice card attached. I want to blast this through the halls. I want to teach it to an entire crowd of orange-shirted pro-choice activists.

And in the future, every time I take the Ego’s stage with this song in the queue, I hope that Wendy Davis, Jessica Farrar, and Senfronia Thompson will crawl out of the woodwork and spit lines with me. Sometimes I get a little winded.

After the 20-minute shouts heard ’round the world, those that successfully blocked the restrictive SB5 in the first special session, lawmakers have made it crystal clear that any evidence of an “unruly mob” will lead to clearing the gallery. So while there may not be any shouting, they said nothing about banning the Isley brothers. Who doesn’t love this wedding reception staple?

Donna Campbell would leap onto the desk in joyous salute as Glenn Hegar, clearly the only one who has never heard it, sits and picks his teeth with a paper clip. Meanwhile, a respectful crowd, as per quorum, would remain seated and unmoving. After all, we know the rules never apply if Republican senators break them.