Howard Kaylan: Coming Out of His Shell

Two Turtles scurry back to Austin 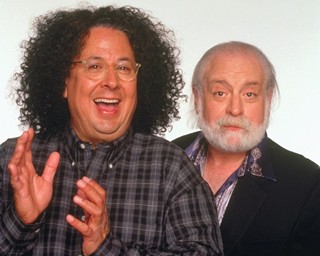 Howard Kaylan’s new book, Shell Shocked: My Life with The Turtles, Flo & Eddie, and Frank Zappa, etc., reads as a rarity amongst rock autobiographies: a startlingly honest memoir that’s unflinching in its assessment of the author’s foibles and insecurities.

The accounts’s also unsparing in its forthright depictions of drugs, sex, divorce, and dirty business dealings, all from Kaylan’s vantage point as lead singer of Californian Sixties hitmakers the Turtles, featuring an all-star cast that includes the Beatles and Jimi Hendrix, who loomed large in the 2003 indie feature My Dinner with Jimi, which Kaylan wrote.

Kaylan and fellow vocalist Mark Volman have been partners since their teens, when they sang together in their high school choir and in their rock & roll combo the Crossfires, which evolved into the Turtles in 1965. Over the next five years, the Turtles scored a string of hits including “You Baby,” “She’d Rather Be with Me,” “Elenore,” and the ubiquitous “Happy Together,” whose good-time ambiance only partially concealed the band’s musical depth and gleefully subversive edge as manifested on such albums as 1968’s high-concept The Turtles Present the Battle of the Bands and 1969’s Ray Davies-produced Turtle Soup.

After the original Turtles lineup split in 1970 amidst a tangled web of litigation, Kaylan and Volman regrouped as the satirical rock twosome Flo & Eddie, amassing a ridiculously broad resume that includes membership in Frank Zappa’s Mothers of Invention and stints as rock radio jocks, TV hosts, record producers, actors, screenwriters, cartoon voices, and Miss Universe pageant chaperones in the process.

The split also helped kickstart a lengthy career as in-demand studio backup singers for the likes of T. Rex, Ramones, and Bruce Springsteen. That’s them on the latter’s “Hungry Heart.”

In the mid-Eighties, after regaining the rights to the Turtles name and winning ownership of the band’s master recordings, Kaylan and Volman launched the Happy Together Tour, a traveling summer package of Sixties acts that they revived in 2010.

Austin Chronicle: So many musicians’ autobiographies are fluffy or self-serving, and don’t reveal much about the subject.

Shell Shocked is startling in its honesty, and you do a good job of letting the reader into your head. Was writing the book a heavy emotional experience?

Howard Kaylan: Doing this book has been a long, strange journey, and it put me in touch with a lot of strange feelings and emotions and people that I haven’t had in my life in a good many years. When you open that many doors and see that many skeletons behind them, you’ve got two choices. You can either close those doors and sashay backwards and pretend you didn’t see them, or you can acknowledge what you saw and try to make yourself a better person because of it.

But you can’t just forget about it, especially when those doors involve situations with ex-wives or shady business dealings or missed opportunities or things that you regret. So yeah, it threw me into therapy on a twice-weekly basis.

I took it upon myself to do this book before knowing what a strain it would be mentally, on me and on the people around me, including my family, immediate and otherwise, who didn’t know a lot of these things. I’ve got two daughters – one’s 24 and one’s 44 – and neither one of them had ever heard these stories, let alone my grandchild.

And for the women in my life, who were played with or cheated on or otherwise wronged, or the people who wronged me, it’s been sort of interesting. I’ve been in communication with people I haven’t spoken with in 40 years.

AC: So do you have any regrets about doing the book?

HK: No, I’m really, really glad I did it. It’s been totally cathartic. I blame a lot of the book’s honesty on Penn Jillette, because he’s one of the few people that I can get an honest answer from. I asked Penn how he would approach this situation, and he said, “You know, maaaan, I’ve never taken a drink or done a drug in my life, but if I read a book about you guys and you didn’t let me know what it was like to do drugs and to be as high as you were during those days, I wouldn’t believe a word you were saying about anything else.” So, using that as my template, I went forward with the truth as I remembered it.

AC: Another compelling aspect of the book is that it chronicles your shared history with Mark and your lives as resourceful working stiffs, constantly finding new ways to survive in show business. Your relationship with Mark is the one thing in the book that outlasts the various marriages, bands, record deals, et cetera.

HK: I can’t think of too many marriages that have lasted as long as Mark and I have as a partnership. We’re like the Sunshine Boys, and I can really appreciate that now. There was always kind of a tacit understanding, although we never discussed it, that we would just continue on as a team, and it still works.

Now that he’s in Nashville and I’m in Seattle, we don’t really see each other much when we’re not touring. But when we do, and when we’re stuck together for three months of touring, it’s like old times. Having grown up together, we’re able to communicate without words and turn things on and off, and it’s a pretty wonderful thing to have that.

AC: Do the two of you still eschew the tour bus for a rental car when you’re on the road?

HK: We’ve been doing that for the last few years. I’m 65 years old now, and you won’t find me on a tour bus anytime soon. I want to be able to pull off the road to dookie, or spark up a joint when I feel like it, or whatever. The other artists on the tour are guys we’ve known for 50 years, and they’re all there because we like them. But I just don’t enjoy traveling with a large bunch of people.

AC: On the Happy Together Tour, the acts all perform shorter sets that focus on familiar hits. That’s a very different approach from the more expansive shows for which you and Mark have become known, which incorporate comedy and performance art, and dig a lot deeper into your catalog. Do you miss playing those longer shows?

HK: Yeah, I miss it a great deal. But there isn’t a lot of demand for that, sadly, and even if there were, there’s just not enough time in our lives these days to do that. So the longer shows are now few and far between, and there’s not much motivation for us to put on our road-dog outfits and get out there on a club level. It was a lot of fun when we were doing that. But at this age, it would have to be something that we undertook as a labor of love, and I’m not that sure we’ve got that in us.

AC: How would you compare the Happy Together Tour with the package tours that you did in the Turtles’ early days?

HK: It’s a lot saner and less stressful than the Dick Clark Caravan of Stars. We’re doing three months this year, which is the longest one yet. But we get to go home for a week or two between the longer legs of the tour, to do our laundry and pet our dogs, and hug our wives. The show is all classic hits by the guys who originally sang them, and by the end of that two-and-a-half hours, you’ve heard 20 Top 10 records. Everybody still sounds great, everybody’s got the right attitude, and there’s no room for ego trips.

One of the first big shows I ever saw was a Murray the K show at the Brooklyn Fox in 1964 or 1965. It was the Who, the Kinks, Otis Redding, and about 20 acts, all doing two or three songs with a house band and no set changes, and it never gave the crowd a chance to come down. That’s sort of what we’re trying to do here.

We’ve been road dogs since we were 17, and although I don’t want to be a road dog 12 months a year now, three months a year feels right. It’s like being in the National Guard: you put in your time and you get the blood pumping, and then I’m able to come back home and put my feet up and do what I want to for the rest of the year. We’ve got a beautiful house on the lake, I’ve got everything in my life the way I want it to be now, and I don’t aspire to any other heights.

AC: There’s always been a certain stigma attached to the idea of oldies shows in certain quarters, in the same way that the Turtles were sometimes dismissed in the Sixties as a “pop” act – as if that was a bad thing. But the Turtles – and, later, Flo & Eddie – always had a subversive, self-aware edge that transcended that. That sensibility is still present in your Happy Together sets.

HK: We were raised with the spirit of vaudeville, and that’s helped to keep us going. We’ve always had that old-school Smothers Brothers/Louis Prima/Keely Smith thing to our act that’s above and beyond the songs. I’m still the guy who’s trying to sing the song while the goony guy to my right is falling off the stage and dropping the tambourine. We don’t know any other way to do it. So people are gonna get that, and they’re also gonna get the songs sounding the way they remember them sounding on the records.

I would do the shows for no money at all, but they’re gonna pay for every single damn mile I had to travel to get there. The real work is the miles traveled, and not getting to sleep in your own bed. I’m still having fun doing this, and I’ll keep doing it as long as my grey cells haven’t imploded and as long as I still sound something like I did when I was a kid. I think I’ll be doing this until the day that somebody finds me limp and cold. And hopefully that will be in my own bed, with my own wife and my own dog, rather than in some Marriott or Doubletree someplace, halfway through a stale cookie.