Lloyd Maines and the Dixie Chicks hold court for KLRU 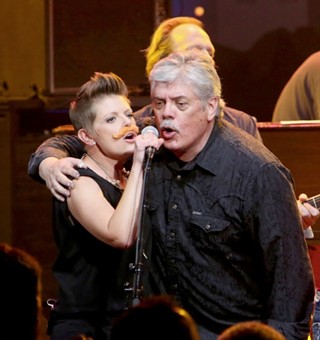 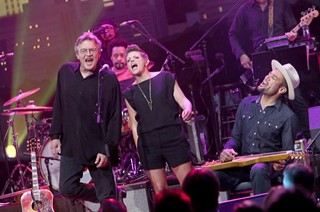 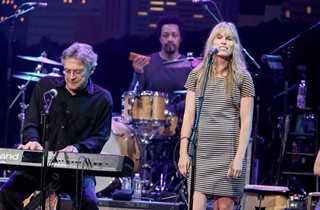 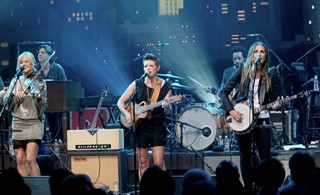 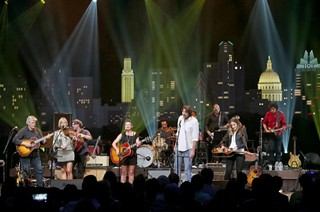 An accomplished producer, guitarist, and pedal steel icon who’s performed with everyone from Indigo Girls to Uncle Tupelo, the Lubbock native can lay claim to being the musician that’s appeared on more episodes of Austin City Limits than any other artist over the course of the the show’s 39-year run.

That said and as it now stands, the six-stringer’s most famous achievement remains his daughter Natalie, the beloved – some would say tortured – lead singer of the Dixie Chicks. Although she appeared a couple of times during South By Southwest, the 38-year-old firebrand’s performances in these parts have been scarce following the touring cycle for 2006’s Taking the Long Way, which included an ACL taping in the show’s former University of Texas home. That, of course, coincided with the lengthy hiatus the Texas trio remains on in the aftermath of its frontwoman’s outspoken activism.

Last night doubled as Natalie Maines’ re-emergence – again, SXSW notwithstanding – the petite singer opening the show accompanied by Ben Harper on lap steel and electric guitar, plus tunes from her debut solo effort Mother. She closed it down too, with an exuberant, almost 30-minute set from the Dixie Chicks. If she appeared tentative, it was understandable. The packed Moody was there to see her as much as her father.

In between Natalie’s three appearances – she also took up harmony vocals for Terry Allen – tribute to Lloyd came via videos, including a funny poem sent in by Robert Earl Keen; a proclamation by Austin Mayor Lee Leffingwell; and a plaque presented by ACL producer Terry Lickona. After the younger Maines broke the ice, Carolyn Wonderland and Terri Hendrix sent out a bluesy wail.

Terry Allen, accompanied by sons Bukka and Bale, did a short, seriously funky greatest hits set, proclaiming, “Lloyd Maines is the closest thing I have to brother.”

Part two kicked off energetically with Emily Robison and Martie Maguire, joined together as the Court Yard Hounds after Natalie put the Chicks on hold. While the music on their self-titled 2010 debut was solid singer-songwriter fare, the new tunes they showcased were more contemporary country, with Robison’s fiddle and Maquire’s banjo high in the mix, and all of it presented with remarkable self-assurance and verve.

Natalie joined them after five songs and the audience lost all composure. “Wow,” was all the lead singer could manage in reaction to the overwhelming reception for “Truth No. 2.” A mini greatest hits set ensued, the emotions reverberating down Willie Nelson Boulevard following “Not Ready to Make Nice,” which was offset by the sweetness of “Wide Open Spaces.”

Joe Ely and Terry Allen closed things out by leading everyone – who donned fake mustaches in tribute to Lloyd – in an extended medley of Buddy Holly’s “Not Fade Away” and Bo Diddley’s “Who Do You Love?” The star of the night returned to the spotlight on pedal steel, as he’s done so often in the past, sharing the bench with his daughter as the music swirled around them. 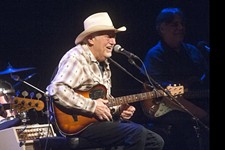