Unplugged at the Grove Rolls On Tonight 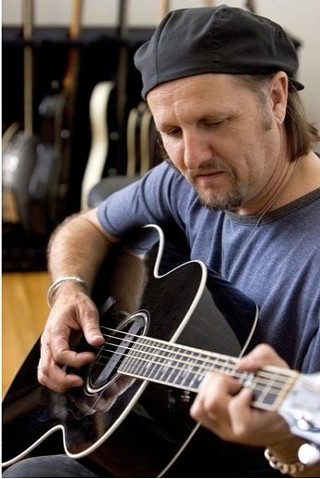 Jimmy LaFave kicks off Unplugged at the Grove, 5.9.13 (by Jimmy LaFave/Facebook)

Now in its 20th year, Shady Grove and KGSR‘s iconic Unplugged at the Grove series finds itself in pole position atop the much-sought-after “We‘re trying to watch this show barefoot, okay?” demographic, a classification of Austin that’s abundant in both influence and activity.

The summer-long series, an entire flip-flop ahead of KGSR’s also free Blues on the Green series in regards to both duration and the presence of cheap queso, kicks off tonight with an appearance from venerable Okie song sage Jimmy LaFave and continues through mid-September, with an equal sampling of new and familiar talent every Thursday.

Shows start at 8pm and fill up fast. Bring a blanket and some tip cash, and remember to leave the shoes and socks at home.

We’d be remiss in not noting that it hasn’t always been smooth sailing for Unplugged at the Grove. Three years ago, the series was shut down after a Barton Springs neighbor called to complain about excessive noise during a Gourds performance.

The APD showed up again the next week to cut off songstress Sahara Smith mid-set, leaving a packed side yard dumbfounded over the idea that an unplugged performance could be deemed too loud.

“The complaints I got after the show was that no one could hear,” the Gourds’ Kevin Russell told the Chronicle that week. “We’ve played around here for so long now, we were personally insulted by it.”

According to Austin’s city code website, which cites various ordinances pertaining to live music, sound levels at Shady Grove cannot exceed 85 decibels during the hours in which an Unplugged show operates.

Hear that, Ray Wylie Hubbard? Time to quiet down for just a minute, sir. Please.