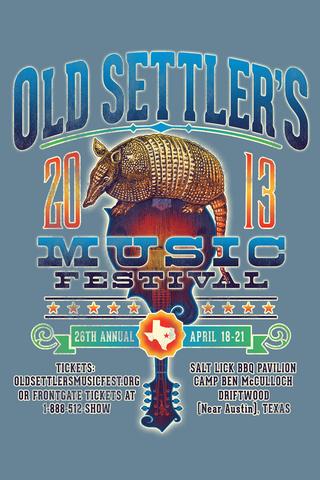 We’ve been getting ready for, and really excited about, this weekend’s Old Settler’s Music Festival. As in the past, its focus remains different strains of Americana. Yet there are a number of surprises thrown in to make this year’s OSMF one of the most diverse ever.

Here’s five LPs from the headliners to prepare for your weekend, or maybe to blast at the campground. I hear Driftwood’s already getting crowded. You can also stream my Spotify playlist.

Son Volt, Trace Some fans have declared Jay Farrar and friends’ latest, Honky Tonk, equal to the first effort. I’m not so sure – yet. Trace, from 1995, remains one of the most stunning debuts of the last 25 years and sounds as fresh as the day I first heard it. Bonus: The impressively compiled Retrospective: 1995-2000 features a wonderful version of Townes Van Zandt’s “Rex’s Blues” with Kelly Willis.

Michael Franti, Everyone Deserves Music Before he flirted with pop-reggae and hit the Top 40, Franti and his band Spearhead rapped, rocked, and funked their way through this sociopolitical bombshell. It’s a sensational update on the Clash’s vision, released 2003 in the wake of the Iraq War. Bonus: If you’re looking for something a lot less heavy, All Rebel Rockers with the hit “Say Hey (I Love You)” streams a whole lot of sunshine.

Del McCoury Band, Don’t Stop the Music Choosing an album to get started with McCoury will likely start arguments among bluegrass fans. 1988’s Don’t Stop the Music, his first for Rounder Records, certainly was a watershed moment, bringing his blue-ribbon brand to a wider audience. Bonus: 1993’s Del & the Boys would work equally well and contains their fan fave rendition of Richard Thompson’s “1952 Vincent Black Lighting.”

James Hunter, People Gonna Talk Although he worked with Van Morrison and released a couple albums in the early part of the last decade, in 2006 Hunter turned lots of heads with People Gonna Talk, a welcome jolt of latter day blue-eyed soul. Bonus: Hunter’s new disc, Minute By Minute, finds him working with Daptone Records producer Gabriel Roth, who adds new depth to the UK soulster’s brand of R&B.